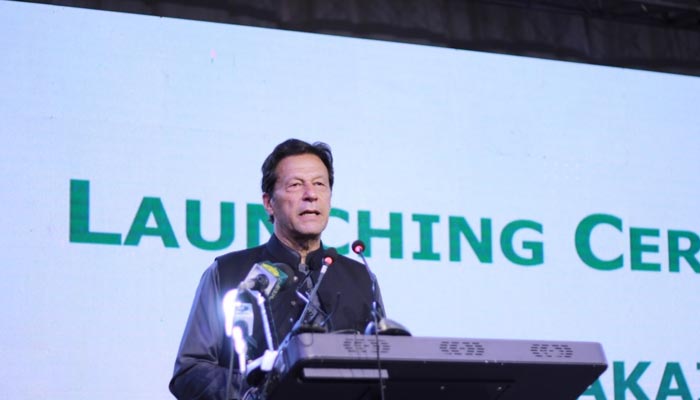 The Federal Board of Revenue (FBR) has collected Rs4,000 billion in taxes for the first time in Pakistan’s history, Prime Minister Imran Khan said on Saturday, praising the body.

“I salute the efforts of the FBR in reaching the historic milestone of Rs4,000 billion in any year for the first time ever,” the prime minister stated in a tweet, only days before the presentation of the fiscal year’s budget.

The prime minister stated that the FBR’s tax collection had reached Rs4,143 — and was still growing — demonstrating the government’s broad-based economic restoration initiatives.

I commend efforts of FBR in crossing historic milestone of Rs 4,000 bn in any yr for first time ever. During Jul-May our collections reached Rs.4143 bn & still counting – 18% higher than same period last yr. This reflects broad-based economic revival spurred by govt policies.

The premier stated that tax collection was 18 percent greater than in the same period last year.

According to The News, the FBR exceeded its objective for the first eight months of the current fiscal year (July-February) by collecting Rs2,916 billion instead of Rs2,898 billion, a Rs18 billion increase.

According to preliminary collection numbers, the FBR received net income of Rs2,916 billion for the July-February period, exceeding the goal of Rs2,898 billion and showing a nearly 6% increase over the Rs2,750 billion received during the same time last year.

The monthly net collection for February was Rs343 billion, compared to the minimum objective of Rs325 billion, a rise of 8% over February 2019 and 106% of the objective. When book revisions are completed, the collection numbers are anticipated to improve much more.

During the same month, March, PM Imran Khan praised the FBR for its efforts in attaining a 57 percent increase in April 2021, with revenues of Rs384 billion, up from Rs240 billion in April last year.

“I applaud FBR efforts in attaining 57 percent rise in April 2021, with collections at Rs384 billion compared to Rs240 billion in April 2020,” the prime minister stated on Twitter.

I commend FBR efforts on achieving growth of 57% in April 2021 with collections recorded at Rs.384 bn compared to Rs.240 bn in April 2020. During Jul-Apr collections reached Rs.3780 bn – 14% higher than same period last yr. Shows our policies have led to broad-based econ revival.

The prime minister stated that revenue receipts in July-April were Rs3,780 billion, a 14 percent increase over the same period previous year.

‘The tax-to-GDP ratio has decreased.’

Meanwhile, PML-N President Shahbaz Sharif stated that, despite imposing more taxes each year, the PTI-led government is lagging behind in tax collection.

He stated that the PML-N had left behind a 5.8 percent growth rate after five years, up from 2.8 percent, and had lowered inflation from 11.8 percent to 3.8 percent.

Shahbaz further stated that under the party’s tenure, tax income had more than quadrupled from Rs1,946 to Rs3,900.

The PML-N president stated that during the conclusion of his party’s control at the Centre, the tax-to-GDP ratio was 13 percent, but it has now dropped to 10.9 percent in three years.

“Both the IMF budget and the administration that presented it have been rejected by the public. Pakistan’s economy was at Rs313 billion when the PML-N left office in 2018 “He stated.

He said that three years into the PTI rule, the economy had plummeted to Rs296 billion.

In May, Pakistan’s inflation rate fell to 10.87 % year after year