Toyota IMC also stated that the business will use the funds to upgrade the local assembly plant in Karachi’s Port Qasim, which will also allow for further localization of auto parts in the future. 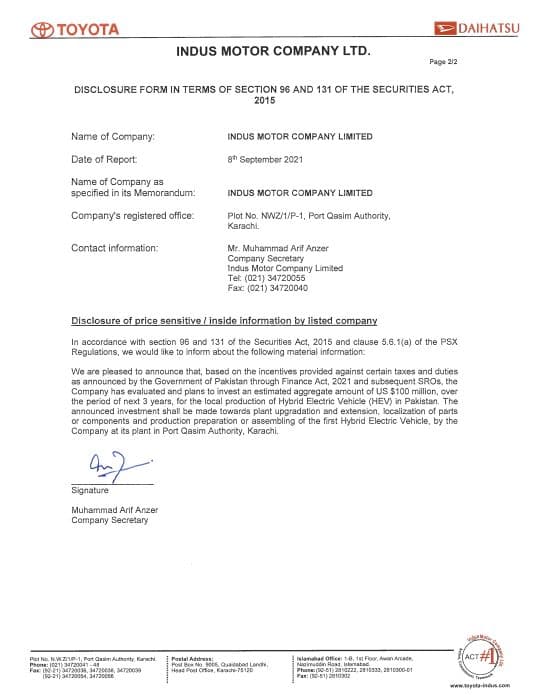 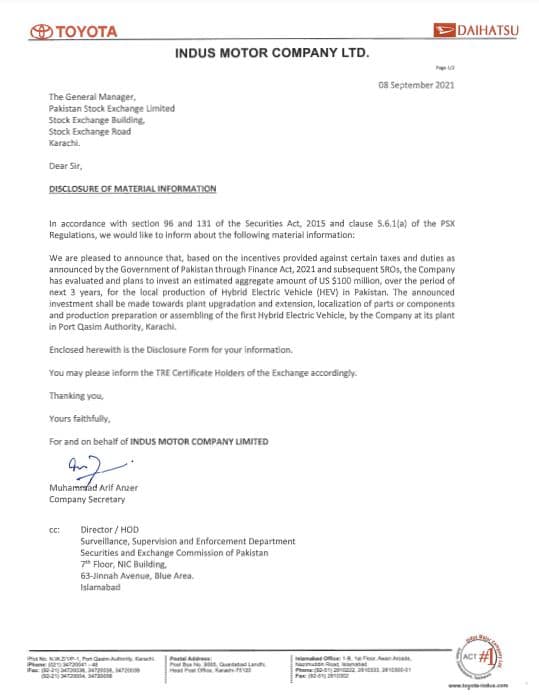 Read Also
The cryptocurrency market has massively affected these firms

The corporation also expressed gratitude to the government for the recent duty and tax breaks offered to manufacturers in order to boost the local production and sale of environmentally-friendly vehicles.

There are also indications that Honda Atlas Cars Limited (HACL) intends to make a significant investment in the local production of hybrid and electric vehicles in the not-too-distant future.

Pakistan IT Ministry Aiming to bring 5G by 2023