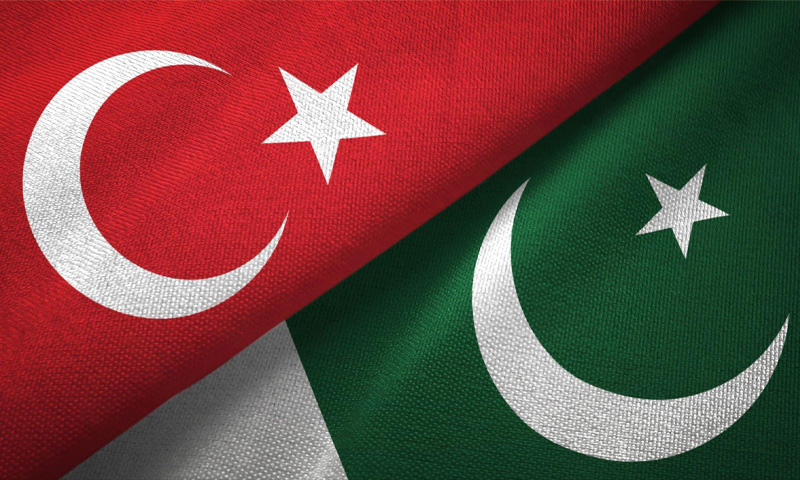 Turkiye aims to grow trade with Pakistan to $5 billion during the next 2 years — File/Photo Newsline.pk

Turkey hopes to boost bilateral trade with Pakistan to at least $5 billion over the next 2-3 years, as both nations have significant potential to increase two-way trade volume in a variety of areas.

This was mentioned by Dr. Mehmet Pacaci, Ambassador of Turkiye, while speaking to a delegation of the Islamabad Chamber of Commerce & Industry, led by Ahsan Zafar Bakhtawari, President, who visited him at his office. Nurettin Demir, Commercial Counsellor of the Turkish Embassy, was also present.

Read Also
Pakistan teams up with Changing Diabetes® in Children

The ambassador praised ICCI’s effort to organize an International Housing Expo in partnership with the Ministry of Housing and Works and stated that Turkish enterprises in Pakistan will participate in the Expo, while Turkish companies and dignitaries would also be urged to attend. Concerning commerce via roads and railways, he stated that Pakistan should update its railway system to make it compatible with Turkiye’s railway system in order to enhance bilateral trade by railway freight. He stated that trading over the road network may be less expensive due to Iran’s low oil prices.

He recommended forming a Committee comprised of members from both sides to study ideas and mechanisms for commerce development via railroads and road connectivity. He stated that Turkiye manufactures electric cars and is willing to collaborate with Pakistan in this area.

Speaking at the event, Ahsan Zafar Bakhtawari, President of the Islamabad Chamber of Commerce and Industry, stated that despite the extremely good connections. Pakistan-Turkey bilateral trade is less than $1 billion, which is not promising, and both nations should work together to boost it.

He stated that freight shipment between Pakistan and Turkey takes more than 30 days and emphasized the importance of developing effective road and railway connectivity to minimise transit time.

He stated that the ICCI, in partnership with the Ministry of Home and Works, will hold an international-level Housing Expo in Islamabad in December of this year, and that the Embassy should assist in recruiting Turkiye low-cost housing investors to participate in the Expo. He stated that the ICCI intends to organize a Pak-Turk Business Forum in Islamabad to bring Pakistani and Turkish companies together for B2B meetings in order to develop business links in areas of mutual interest and that the Turkiye embassy should work with the ICCI to invite the Head of MUSAID as a Chief Guest to the event. Turkiye, according to Azhar ul Islam Zafar, Vice President of ICCI, has strong knowledge in the building area and could collaborate with Pakistan in this area.

Speaking at the event were Zafar Bakhtawari, Shakeel Munir, Rana Qaiser Shehzad, Rizwan Chheena, Zia Khalid Chaudhry, and others who offered helpful advice for advancing trade and investment ties between Pakistan and Turkey.

Pakistan’s gold price jumps to Rs148,400 per tola due to strong demand