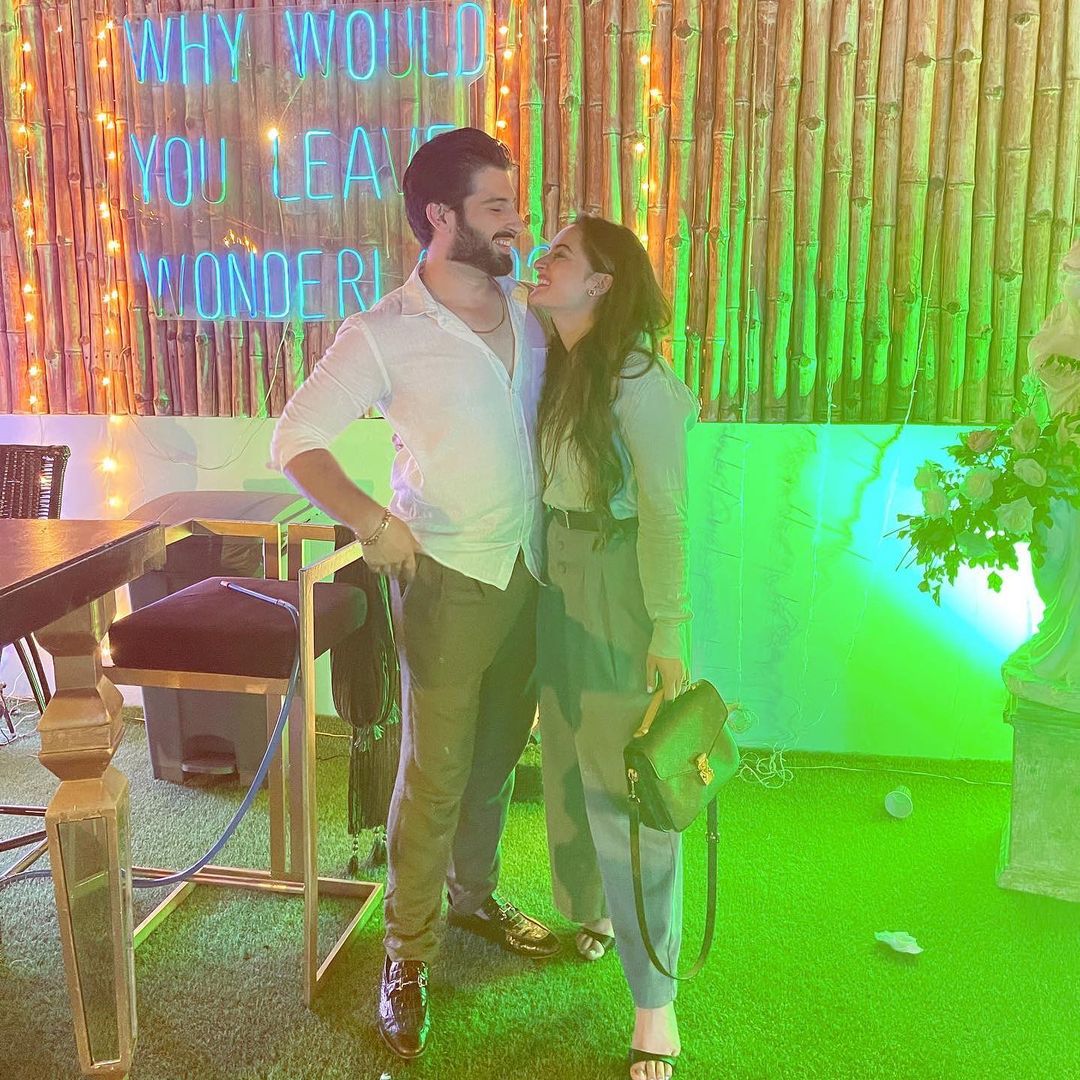 Aiman and Muneeb show happiness in a recent picture. — Newsline.pk/Files

Aiman Khan and Muneeb Butt are widely regarded as one of Pakistan’s most popular and well-liked couples in the entertainment business. On social media, they have a large number of followers.

Recently, Aiman Khan shared a lovely image of herself and her husband Muneeb Butt, in which the two appear to be in the happiest of moods.

Take a look at this:

Aiman sends the photographs to his followers, who respond with a heart emoji.

Previously, the couple had taken pleasure in vacationing in the northern regions of Pakistan.

Momina Iqbal shows off her elegant look in latest photos