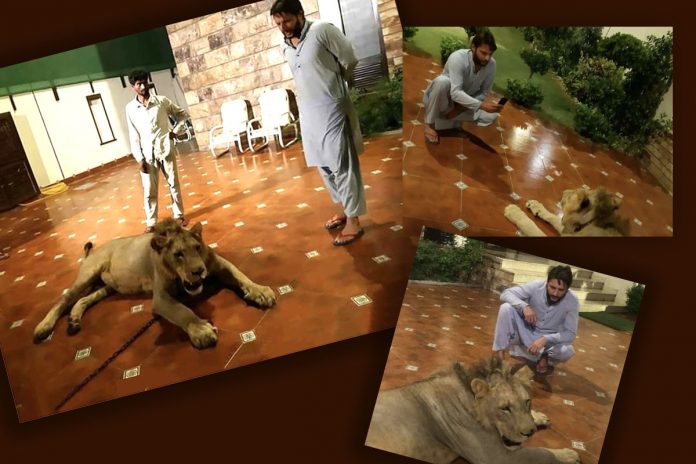 The administrator of the Defence Housing Authority (DHA) Karachi has relocated wild animals from the home of Shahid Afridi, the former captain of Pakistan’s national cricket team.

DHA Karachi took action after nearby residents lodged several complaints against the former all-rounder regarding the presence of wild animals in his property, according to details.

In response to the complaints, the DHA administration seized and transported the wild animals from private farm house where other wild animals are also kept.

Read Also
Feroze Khan been chastised over his remarks about boxing

DHA Karachi has also ordered the former captain to relocate other domesticated animals from his home to a proper farm because he lacks the necessary license.

In 2018, the 44-year-old drew the ire of social media users after posting photographs of himself feeding milk to a deer and his daughter standing in front of a chained lion.

While outraged social media users slammed Lala for keeping wild animals in his home, the Sindh Wildlife Department (SWD) later discovered that the animals were owned by a man named Hassan Hussain. The owner, who had a legal license and travel authorization for the animals, had brought them to Afridi’s house to show his children.

Related Topics:KarachiShahid Afridi
Up Next

Justin Bieber slammed the media for using old images of him

Jonita Gandhi, a singer, speaks up over being rejected from a reality show