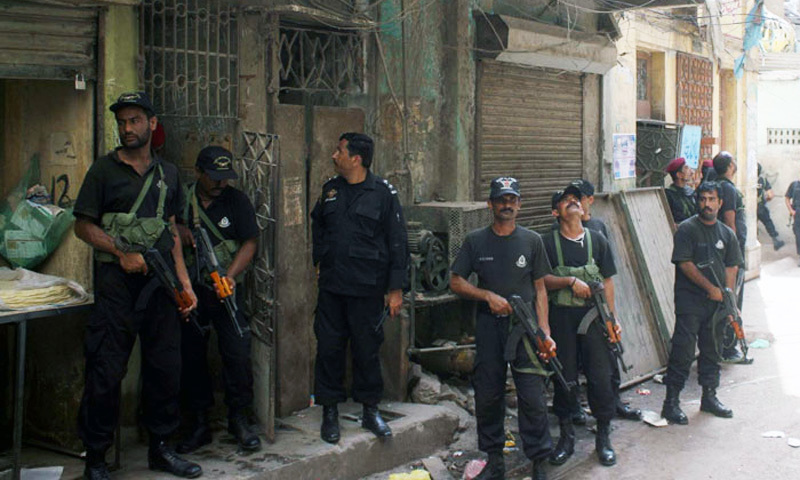 According to police, the suspects escaped to the Kacha area following the indiscriminate shooting.

Ralph Pathan, a station house officer, was among those injured. Two of them were sent to a public hospital, while a police officer, Abdul Wahid Bukhsh, was taken to a private hospital for treatment. Bukhsh’s condition has deteriorated to the point that he has been taken to the intensive care unit.

Read Also
Lion has died at the Lahore Zoo

On the other side, on Sunday, a robber was murdered in a shootout with police at Sahafi Chowk in Karachi’s Sector-11, Shah Latif Town neighborhood.

The 40-year-old robber who was killed could not be recognised. His one accomplice managed to run, and authorities are on the lookout for him.

The police have found a gun, a car, and almost 0.4 million rupees in cash.

The terrorists, according to a CTD official, were members of the proscribed Baloch Liberation Front.

“Two 9MM handguns, two hand grenades, one motorbike, four magazines, and 34 live bullets were discovered from their possession,” the official stated, adding that three of the terrorists managed to escape.