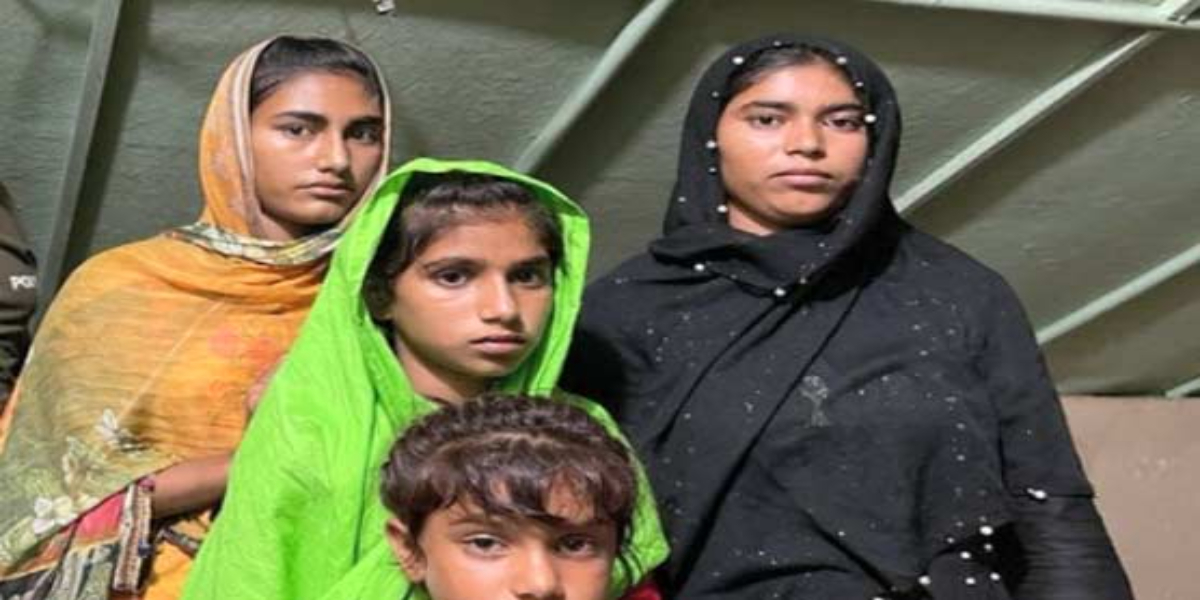 Missing Pakpattan Sisters: According to the police, one of the missing girls’ mobile phones has indicated a location somewhere around Johar Town, and the girls will be found as soon as possible, according to a police official who spoke on condition of anonymity.

Upon disembarking from the train in Gulshan-e-Ravi, the girls rented a rickshaw that dropped them near the EME society, according to a police officer, who also stated that their next-door neighbor, called Omar, had been in contact with them.

In a statement issued on Tuesday, Senior Superintendent Police (SSP) Ayesha Butt claimed that four sisters from Pakpattan who had inexplicably disappeared from their house had been recovered safe and well in Lahore.

According to SSP Ayesha Butt in a statement, the girls fled the house after having a fight with their parents. She went on to say that, thanks to modern technology, a police squad was able to track down the girls within a few hours of being missing.

Following their arrest, the siblings will be returned to their parents, according to the police officer.

Earlier in the day, it was reported that a note from the missing siblings’ home had been discovered, in which they described their reasons for leaving.

The siblings, who are students in grades 2 through intermediate (FSC), stated that they were leaving home in order to pursue their educational goals.

Read Also
Election Result Will Be Declared in 15 Seconds, Thanks to Electronic Voting Machines

According to reports, the eldest daughter had completed her intermediate examinations when she, together with her three sisters, went missing when their mother was not present at home.

In a statement, the father of the sisters voiced concerns that his daughters had been stolen by unknown assailants. As soon as the complaint was lodged, police officers began searching for the girls who had been involved in the event.

It was also brought to the attention of Punjab Chief Minister Usman Buzdar, who ordered officials to rescue the girls as soon as possible after hearing about the situation.