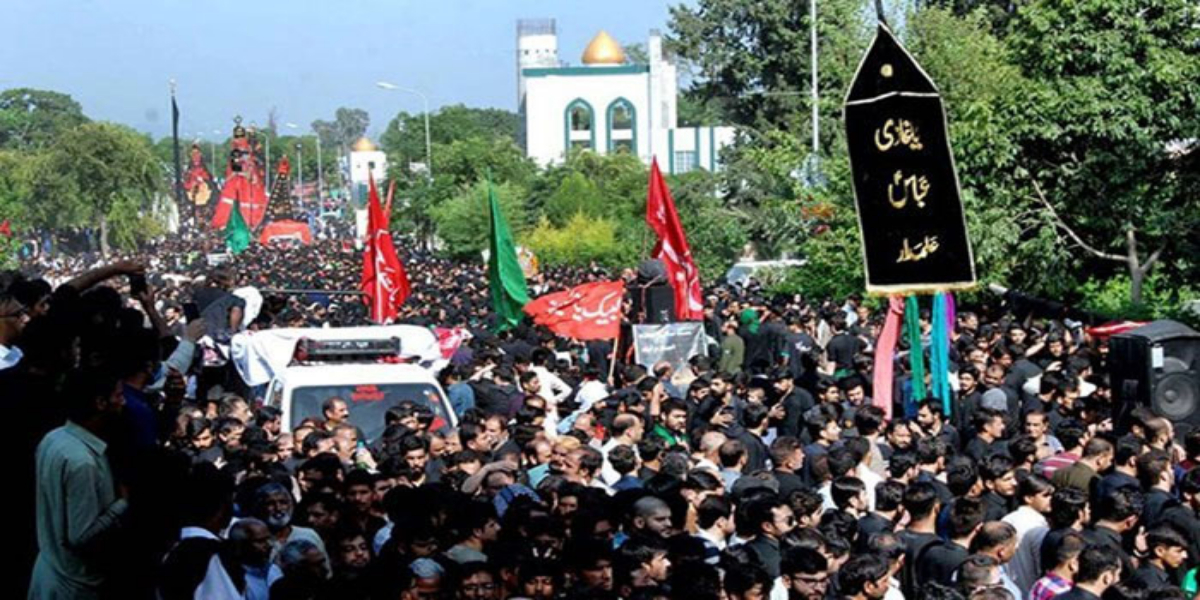 Processions are being arranged around the country today, on the 9th of Muharram, to pay tribute to the enormous sacrifice made by Imam Hussain (RA) and his companions, who were the grandson of the Holy Prophet (RA).

Following that, the main procession will leave from Majlis Nishtar Park and will travel via its allotted routes until arriving at Hussainiya Iranians Kharadar. Participants in the march will offer Asr prayers in front of Imambargah Ali Raza on MA Jinnah Road, which is part of the Muslim community.

On the occasion of the main parade, extensive security measures have been put in place around the city. Cameras will also be utilized to keep an eye on everything.

Pando Street will be the starting point for the Lahore parade, while the procession from Islamabad will begin at the famous Imambargah, which was built in the 12th century and will conclude along the traditional path.