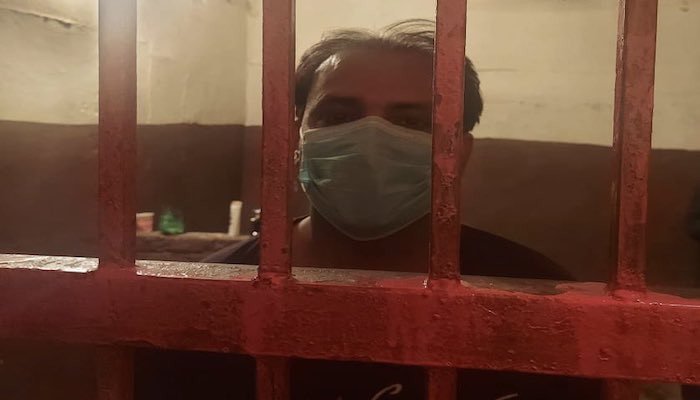 THE CITY OF LAHORE: A Lahore police officer has been suspended and detained following the viralization of a video showing him exposing himself to a woman and insulting her as she entered a police van on social media.

During the arrest of the woman’s two sons, a trainee assistant sub-inspector of the Shadbagh police station can be seen abusing a woman and exposing himself in front of the camera.

Following the incident, the Punjab police issued an update on Twitter, stating that the officer had been suspended, a case had been filed against him, and he had been arrested on the instructions of Punjab Inspector General Inam Ghani.

In the footage, the officer can be seen making vulgar sexual gestures at the victim and verbally harassing her.

According to the law enforcement officer who has been suspended, he was on patrol when he heard the sound of aerial firing. He claimed that he arrived at the location and detained a young man named Mehboob.

Mehboob’s brother Mahmood arrived to save him, but was also detained, according to the police officer, who also stated that the boys’ mother was “forced” to get into the car in order to rescue her sons.

Kayani stated that respecting residents is essential, and that obscenity will not be permitted in any circumstances whatsoever.

Imran Khan’s government claims to have end hunger by 2030