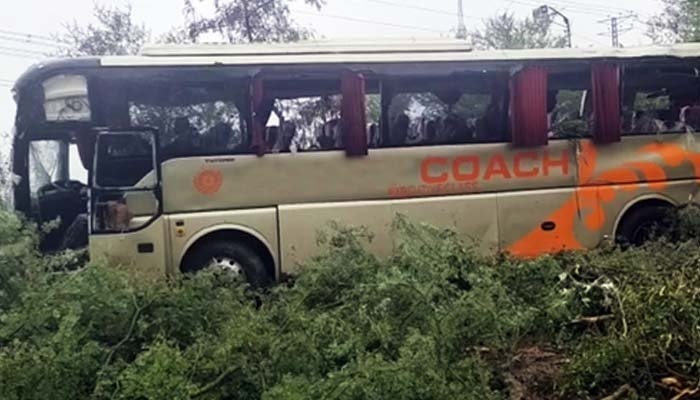 Bus crash in Khuzdar killed 23 passengers – According to local media, a passenger bus that lost control and crashed in the Khuzdar district of Balochistan province has claimed the lives of at least 23 people and injured another 40.

In the words of Major (R) Bashir Ahmed Bareech, Deputy Commissioner Khuzdar, “the bus turned turtle because the driver was going too fast.” The bus was overflowing with pilgrims, and some of them were perched on the bus’s roof at the time of the incident.

Rescue efforts have been launched by officials from the Balochistan Levies.

The bodies of the deceased and injured are being transported to Khuzdar Teaching Hospital. According to reports, the condition of some of the injured is life-threatening.

According to the deputy commissioner, 15 of the victims died on the spot while three others died as a result of their injuries while being treated at the hospital.

Associated Press reported that Ahmed stated, “There is not a single passenger who has not been injured as a result of the bus accident.”

The accident occurred less than a week after a fatal train crash in Sindh province, which claimed the lives of at least 60 people and injured more than 100 others.

In Pakistan, where decades of underinvestment in infrastructure have resulted in the transportation sector being in poor condition, road and train accidents are common.

This is a developing story, and it will be updated as new information becomes available.