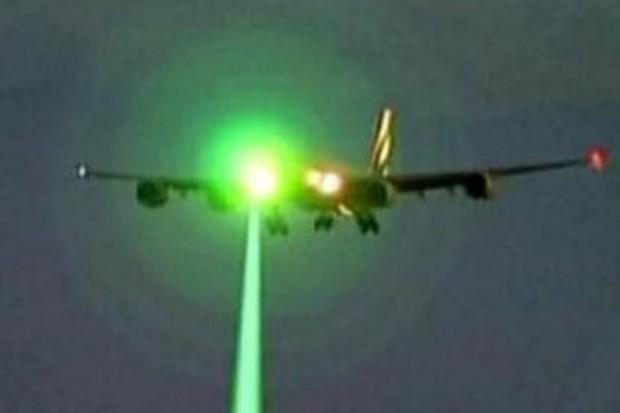 PESHAWAR: The Civil Aviation Authority (CAA) has demanded action against those responsible for projecting laser lights on airplanes in the vicinity of Peshawar International Airport.

According to information, the CAA has addressed a letter to the secretary of interior requesting assistance in action against those involved in the projection of laser lights on aircraft at Bacha Khan International Airport.

According to the letter to the interior secretary, two incidences of laser light projection on foreign and domestic airline flights were reported in June.

On June 19, the pilot of Pakistan International Airlines (PIA) flight PK-6350 complained about a green laser light being projected on the aircraft’s windscreen near Kohat.

Separately, on June 23, the pilot of a PK-350 reported a laser light incident at Baddbair and Ring Road, according to the letter.

The CAA has requested that the interior ministry take action in this regard, and has highlighted that a recently completed guard tower may be useful in preventing laser light incidents.

Meanwhile, four incidences of laser light projection have been reported at Karachi International Airport in April. Many airline pilots complained about the disruption produced by topic technologies, which disrupted flight operations and distracted pilot maneuverability.

The occurrences occurred in the city neighborhoods of Model Colony, Sohrab Goth, and Memon Goth.

Tiktok ban for the third time in Pakistan