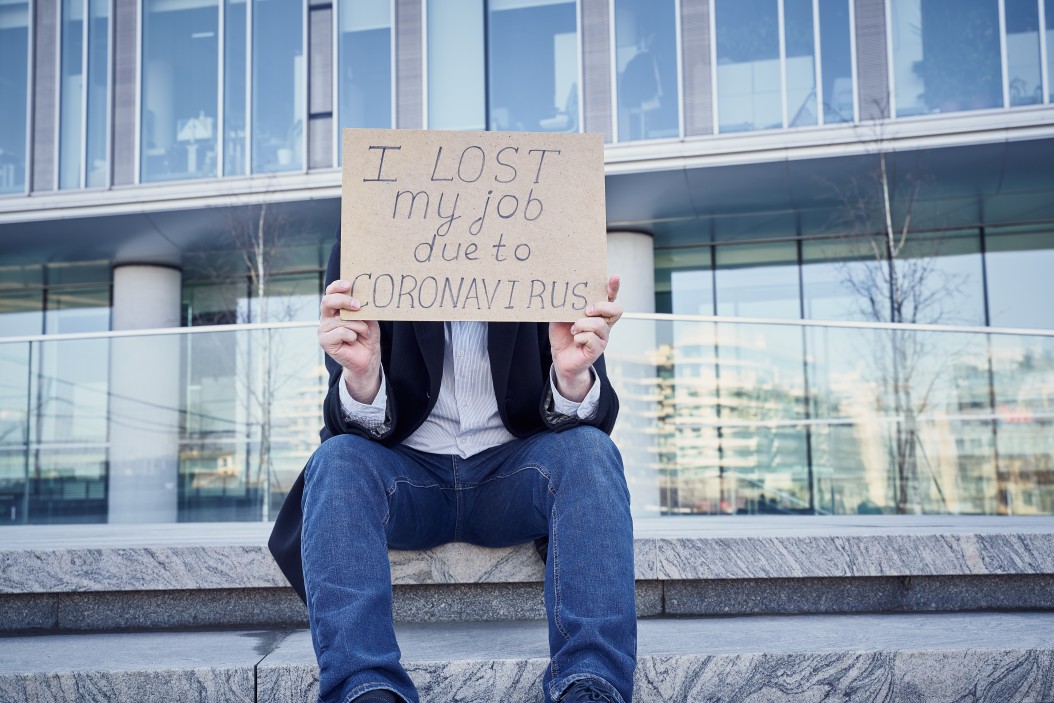 Job loss due to COVID-19 virus pandemic, unrecognizable man holds sign I lost my job because — File/Photo @natabene via Twenty20

Data from the Pakistan Bureau of Statistics states that in the wake of the COVID-19 pandemic, 20 million people who are unemployed in Pakistan have seen their livelihoods eaten away in Pakistan due to local and global preventative lockdown restrictions (PBS).

This survey shows that prior to the imposition of lockdowns, the total workforce was at 55.7 million workers, but when the constraints on movement were at their peak, that number had fallen to 35 million, a reduction of 37%.

Though total employment took longer to recover after the financial crisis, since then, the ease of restrictions and return to economic activity has brought employment back to its pre-crisis level.

The bureau predicted that approximately 6.7 million employees lost their income along with their job, according to their research.

A total of 27.3 million people, according to the survey, were affected by the COVID-19 pandemic in Pakistan.

In a survey of 6,000 households, which included an interview component, PBS was able to ascertain the impact of COVID-19 on the national and provincial levels. This study seeks to examine what changed in the working situations of workers in the weeks before and after the lockdown, and identifies the industries and occupations that were most impacted.

To gather information about how many workers were affected, the survey presents the distribution of the workers in the various industries. Construction employment suffered because of the lockdowns: Over 59% of the working population in the construction sector was affected, and 21% saw their income reduced.

According to the survey, construction employment has not fully recovered by October 2020.

Additionally, it should be noted that construction workers, day laborers, small business owners, shop keepers, street vendors, and taxi drivers were the most greatly affected sections of the population. Because the majority of those affected, in this case, 74%, was in the informal sector, the shocks were likely to have the most effect on them.

The results of this study also demonstrate that approximately 72% of workers in craft-related and plant and machine operators were severely affected by the COVID-19 recession (first wave), and approximately 57% and 52% of each occupation respectively lost their jobs. The evidence here indicates that developing a mechanism for workers’ inclusion in social protection programs is a high priority.

Loss of jobs in various provinces

35% of the population of Pakistan, which is about 55.74 million people, was employed before the start of COVID-19. While implementing lockdown, it is observed that this number dropped to 22 percent (35.04 million approx).

While encouraging, this data indicates that after July, the process of recovery began, and approximately 33% of the population said they were working, which is remarkably close to a U-shaped recovery.

According to findings, closures of business activities during the five months of lockdown from April through July 2020 had a major impact on households’ financial status. A little less than half of all households in Pakistan had an income reduction, whether earned or unearned.

Among the households in Sindh, the second most affected were those in the urban areas with 59 percent, with Balochistan (51 percent) and Punjab (49 percent) following closely behind.

In urban areas, 13% reported severe good insecurity, as opposed to rural areas where the percentage was 8%.

COVID-19 lockdowns are most commonly reported in Punjab with 45 percent of households reporting no financial impact. The figure is followed by Khyber Pakhtunkhwa with 31 percent.

Although 58% of Balochistan and 56% of Sindh’s households reported having an impact on their livelihoods, the highest percentage was 56% (moderately, highly, or severely).

When it comes to the Survey,

Entrepreneurship faces an existential threat for millions of enterprises. There are 3.3 billion workers in the world who could lose their jobs in the near future. When it comes to the informal economy, the people who find themselves in this situation are particularly vulnerable, as the majority does not have access to social protection or high-quality healthcare and has lost access to productive assets.

The project also includes an employment module that collects information on the working population, their income from work, and other sources of household income, to observe the impact of this phenomenon during COVID-19 (the period from January to March 2020), while it gathers data during COVID-19 Wave 1 (April to July 2020) and after Wave 1.

This survey report was created from the data gathered by tablet PCs collected from all 500 Primary Sampling Units (PSUs) in which 70% of the population resides in urban areas and 30% of the population is located in rural areas. The field enumeration period for this survey began on October 20, 2020, and ended on November 5, 2020. Data collection precedes the results preparation process by one month.

Licenses will be suspended for violations of traffic laws

Punjab Govt is digitize the process of Nikkahs