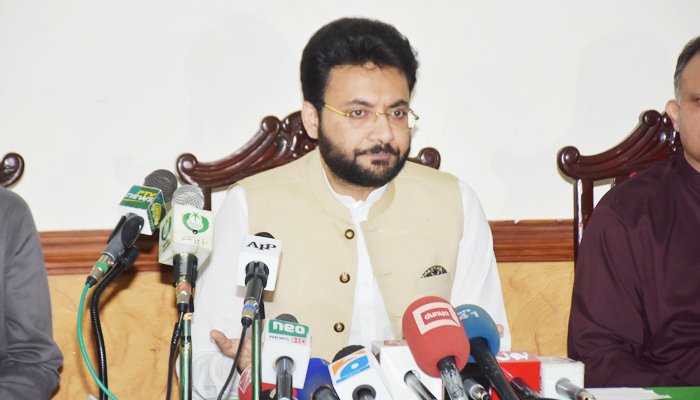 ISLAMABAD – Farrukh Habib, Minister of State for Information and Broadcasting, stated that Prime Minister Imran Khan has brought significant assistance to the people by gradually cutting taxes on petroleum goods from 17 percent to zero.

In response to PPP Chairman Bilawal Bhutto Zardari’s address, the minister stated in a statement that the public is receiving relief on every unit of energy throughout the winter season.

He stated that the current administration is giving all feasible facilities for the exploration of further gas reserves and the establishment of new Liquefied Natural Gas terminals.

According to the minister, the Federal Government carried out practically all public welfare projects in Sindh, including the provision of clean drinking water, the construction of a green line, and the purification of Nullahs.

Earlier, speaking at a public gathering in Faisalabad, Farrukh Habib urged the people to support the EVM for their own advantage, as a truly democratic system and leader can permanently settle the difficulties of the people.

He stated that the current administration has brought Pakistan out of difficult times and so deserves another term to permanently fix the concerns of the public.

Islamabad’s mobile services will be shut down for three days.