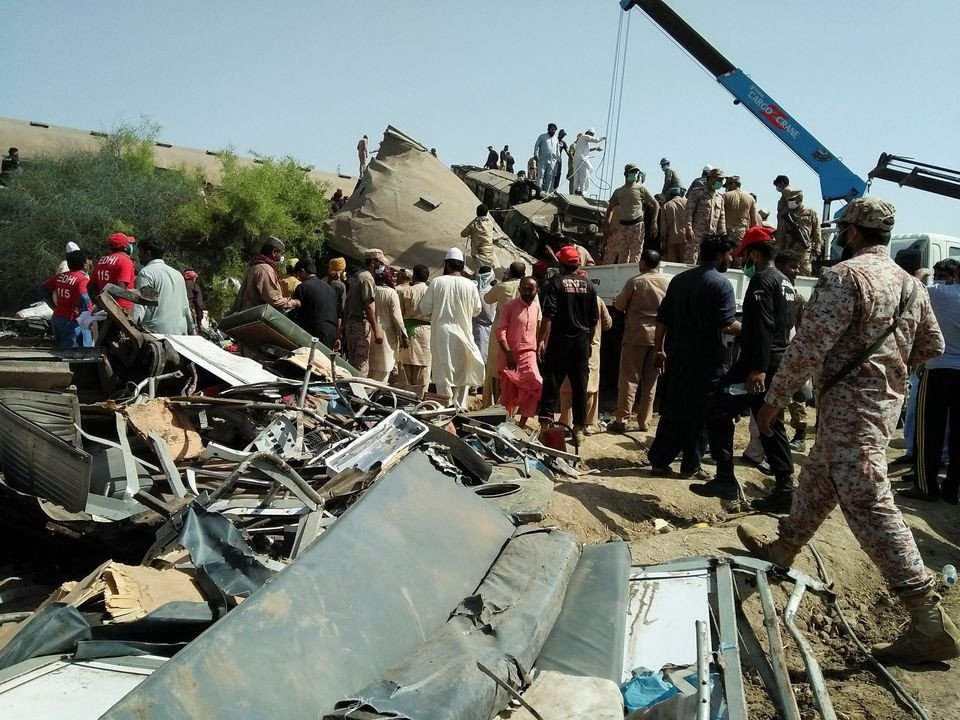 LAHORE: The Federal Government Inspector Railways launched an investigation into the Ghotki train crash on Saturday, blaming the overloading of the luggage carrier for the tragedy that killed 65 passengers and injured around 100 others.

The findings of the investigation, obtained by The Express Tribune, reveal that the accident occurred as a result of the luggage van being overloaded, putting intense pressure on the track.

Read Also
Licenses will be suspended for violations of traffic laws

According to the report, it is possible that the luggage van of the ill-fated Millat Express train exceeded the luggage limit.

However, during the investigation, the route of the luggage van – which was useful in determining the causes of the accident – “was mysteriously and abruptly sent to Faisalabad instead of Lahore to avoid detailed examination,” according to the report, which also stated that a report was sent to Railway Minister Azam Swati and the chairman regarding the attempts to tamper with the evidence.

According to the report, the concerned divisional officers changed the route in order to destroy the overloading evidence.

According to railway sources, the prescribed limit of weight in luggage carriage is 2.1 tonnes under the law.

“It is possible that the route was altered in order to remove the overloaded goods. The relevant divisional officers ignored the orders to destroy the evidence,” the sources said, adding that the investigation could not be credible or acceptable under these circumstances.

“The Federal Government Inspector of Railways expressed reservations and forwarded the report to the railways minister and chairman.”

Swati suspended nine railway officials on Wednesday for alleged negligence in the accident.

Swati maintained that a flaw in the eight-mile stretch of railway tracks was unlikely to be the cause of the accident.

The eight-mile stretch of tracks where the accident occurred had recently undergone maintenance.

The minister stated that he and other senior personnel had personally inspected the accident site.

Read Also
Rawalpindi is being transformed into a model city

With an erratic signal system and decaying railway tracks causing rampant accidents, Pakistan has a poor track record in terms of train safety and passenger protocols.