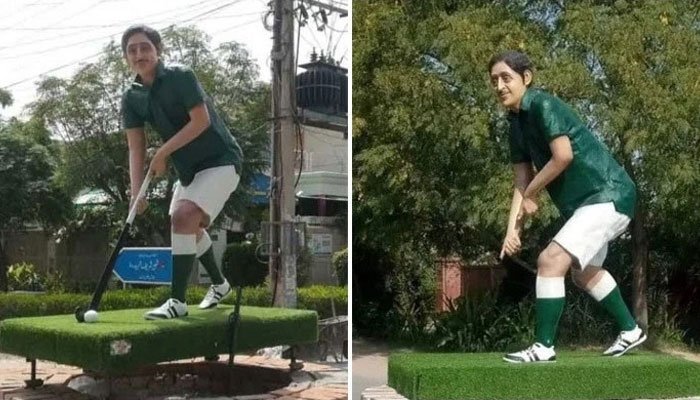 The hockey stick and ball that had been stolen from the statue of Pakistan hockey icon Samiullah Khan in Bahawalpur were re-installed on Monday after being recovered.

The statue, which was just erected at the Hospital Chowk in Bahawalpur, the hometown of the Olympian, was dedicated to him. It was erected in memory of the left-winger who was dubbed ‘Flying Horse’ for his dazzling runs down the left flank during his time with the club.

Residents of Bahawalpur said that the ball from the Olympian’s statue had been taken just a few days after it was installed, and that the hockey stick had gone missing over the weekend as well.

An investigation into a theft case has been opened at the Cantt police station, according to the authorities. In the meantime, the stolen items have been re-incorporated into the monument.