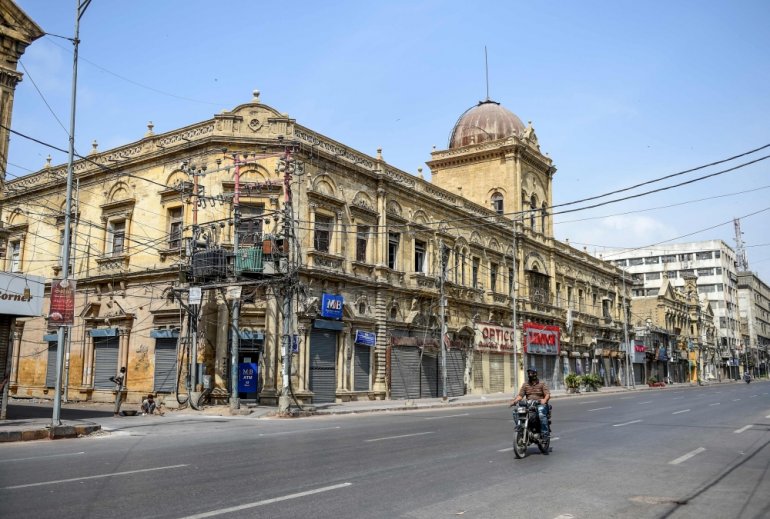 KARACHI: The KARACHI CHAMBER OF COMMERCE AND INDUSTRY (KCCI) on Thursday advised that the government implement a rigorous LOCKDOWN to prevent the spread of coronavirus rather than closing businesses, according to a statement.

Millions of people employed in restaurants, hotels, cafes, cinemas, indoor gyms, indoor sports, and inland tourism, among other industries, would perish from starvation rather than diseases triggered by the pandemic; as a result, the government must recognize the gravity of the situation and reverse the unjust decision to close numerous businesses once again, they added.

“After enduring the most trying period of their lives, owners of restaurants, cinemas, and other businesses breathed a sigh of relief when they were permitted to operate their businesses, but unfortunately, within a few days, the Home Department ordered them to close down once more, which is highly unjust,” Motiwala said, adding that the majority should not be subjected to pesky regulations.

He believed that all types of enterprises should be permitted to run at full capacity while adhering to stringent SOPs, since this was the only way to prevent the economy and firms from collapsing.

The BMG chairman stated that numerous enterprises, including restaurants, hotels, cinemas, sports facilities, and educational institutes, have been entirely shuttered for an extended period of time, putting all of these establishments on the verge of failure.

“These businesses were already suffering from terrible crises, and the new restrictions would obliterate them forever, exacerbating hardships not only for the business community, but also for the already ailing economy, in addition to precipitating mass unemployment, which would prove more dangerous than the coronavirus pandemic.”

Motiwala, therefore, emphasized the importance of withdrawing the new order issued by the Home Department and utilizing the administration efficiently to ensure strict compliance with SOPs.

“If the government is capable of enforcing the closure of shops/businesses, why isn’t it utilized to enforcing the implementation of SOPs?” He questioned, and stated that the Sindh government must alleviate businessmen’s plight rather than aggravate it, and that it is past time for the administration to take an active role.

Vohra stated that rather than taking action against those who violated SOPs, the government has penalized all firms by forcing them to remain closed until July 31, creating a great deal of anxiety among business owners who have been seeking the KCCI for assistance on a regular basis.

Keeping in mind the overall situation and grievances of the business and industrial community, the KCCI president expressed hope that the Sindh government would provide much-needed relief to local businesses by completely revoking the Home Department’s order on a priority basis, thereby averting further disaster for the businesses and economy.

Both leaders appealed to Almighty Allah to deliver everyone from the pandemic, which has wreaked havoc on every segment of society.