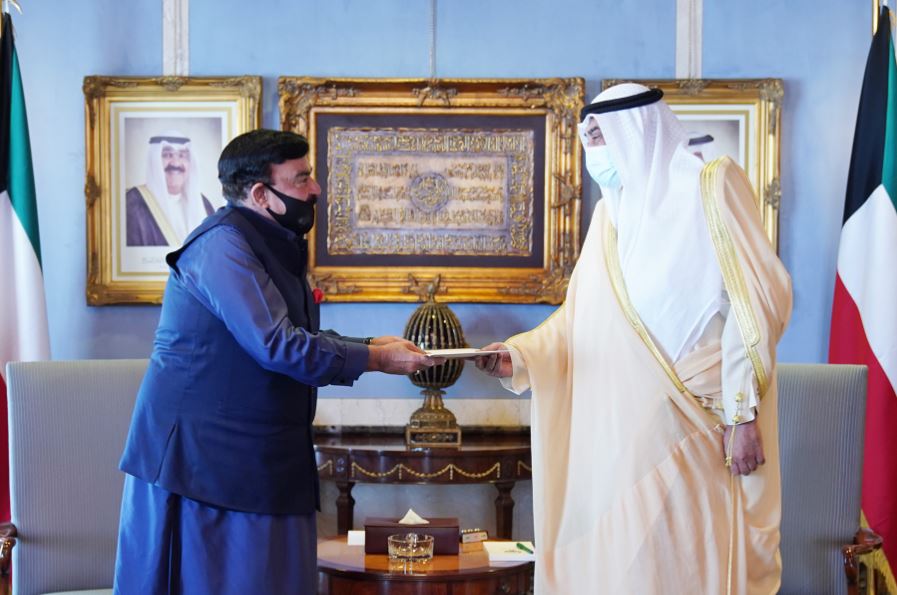 After an almost 10-year ban, Kuwait has officially reinstated visas to the family and business of Pakistanis due to a fruitful Interior Minister Sheik Rashid Ahmad meetings with Kuwait Prime Minister Sheik Sabah Al-Khalid Al Sabah in Kuwait City.

The conference was also attended by Pakistan’s Ambassador to Kuwait, Syed Sajjad Haider.

Sheik Rashid said that Pakistanis may now make use of possible commercial and employment prospects in Kuwait after praising the Prime Minister of Kuwait for its symbolic reinstatement of the visa policy for Pakistan.

He also recognised the significance of commerce between nations and forwarded Premier Imran Khan’s special letter as a statement of goodwill to continue relations that are mutually pleasant in the foreseeable future, to his counterpart in Kuwaiti.

Speaker Zahid Hafeez Chaudhri of the Ministry for Foreign Affairs addressed with media the return of the visas for Kuwaitis for Pakistanis,

Pakistan and Kuwait have fraternal ties which are firmly rooted in shared faith and values. The bilateral relationship is marked by growing cooperation in diverse fields. In the same spirit, Kuwait has restored visas for family re-unions and business visas for Pakistanis.

Chaudhri said with regard to business visas: “Pakistani companies who reside in other Gulf States may now get online visa support for entering Kuwait. Today, only Kuwaitis are allowed in Kuwait due to the associated travel restrictions of COVID-19. However, medical practitioners are exempt.”

Later, he claimed that the competent authorities of Pakistan and Kuwaii are identical with a sustainable avenue for “exporting workforce from Pakistan in numerous sectors.”

Sindh is experiencing its greatest lack of water in 60 years