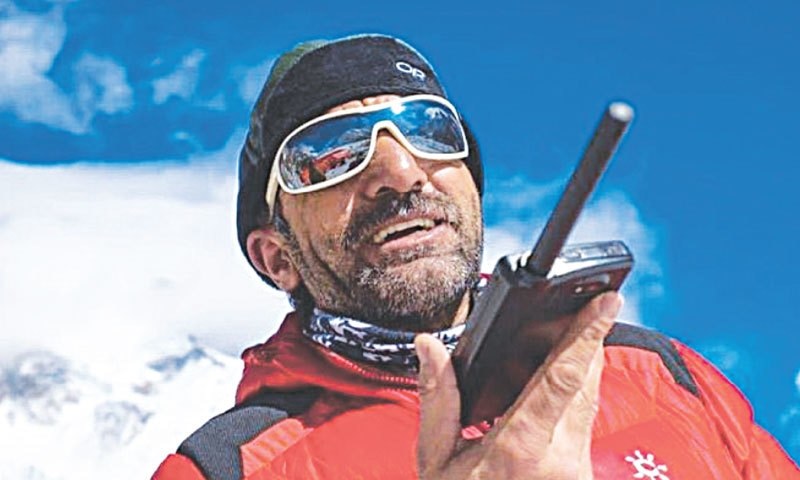 Ali Sadpara’s Body: The body of a renowned mountaineer, Muhammad Ali Sadpara, has reportedly been discovered some 300 meters below the bottleneck, according to local reports.

The Madison Mountaineering/Mashabrum Expeditions Treks and Tours crew discovered the body of Muhammad Ali Sadpara on Monday afternoon, according to a post on the K2 Treks and Tours Facebook page.

The body of legendary Pakistani mountaineer Muhammad Ali Sadpara seems to have found just below bottleneck, according to the sources at Base Camp. #K22021

The mountaineer and his two companions had gone missing during a winter K2 expedition in February of this year, and their bodies have not been found.

The Everest Today website said that Elia, Sajid, and their team had reached camp IV on K2 (8611 m) today, and that they planned to push for the summit the next day. It is currently uncertain if they will continue their search for further bodies or not.

According to accounts, the body discovered may not necessarily be Ali Sadpara’s due to the fact that it is dressed in a black and yellow outfit. When they were last seen, John Snorri and Juan Pablo Mohr were both dressed in the same colors as the rest of the crew.

While this is going on, journalist Angela Benavides reported, citing Garett Madison, that the Sherpas have discovered two bodies, one of which they suspect to be Snorri’s.

Now I can confirm, as reported directly by Garrett Madison from Camp 3 on #K2. His team's Sherpas found two bodies: one is of Ali, the second may be Snorri's, they believe. Despite time passed, this is devastatingly sad news. My heart goes to the families.

It is a story that is developing. More information will be posted here when it becomes available.