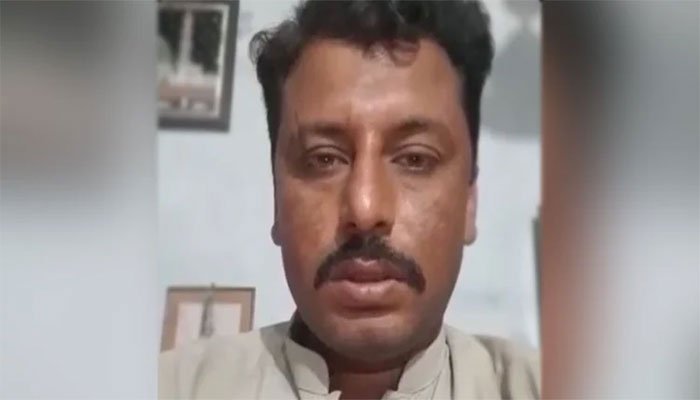 KARACHI: Police discovered Nazim Jokhio’s clothing and a smartphone from a well near the Jam House in Karachi’s Malir Memon Goth neighborhood.

On Sunday, investigators said that the clothing and mobile phone were seized following the identification of the suspects detained in the Nazim Jokhio murder case. According to police sources, the suspects admitted to tossing the phone into the old and dry well.

According to authorities, the suspects attempted to set fire to the victim’s items after tossing them down the well. According to them, the mobile phone was mostly burned, and the phone and clothing were taken to the Punjab Forensic Laboratory for forensic examination.

They stated that after getting the forensic report, they will proceed with the inquiry.

In the Nazim Jokhio murder case, five persons are being held in police custody, including Pakistan Peoples Party (PPP) MPA Awais Jam and his two subordinates.

On November 7, two defendants in the Nazim Jokhio murder case confessed to murdering the victim in Memon Goth.

Read Also
Sindh schools will be closed until 19th August

According to investigative officials, the suspects, Mir Ali and Haider, claimed that Nazim Jokhio was beaten to death with sticks while attempting to flee the Jam House in Malir.

On November 4, police filed a complaint against Jam Awais and his associates for allegedly torturing Nazim Jokhio to death.

According to the authorities, Nazim Jokhio was assassinated for preventing a party of foreigners from illegally hunting Houbara bustards in the region and filming their actions as proof.

Dr. Areeb, the medico-legal official who conducted Nazim’s post-mortem examination, verified that the victim had been subjected to terrible torture. “From head to toe, there was no portion of his body without a mark of torture,” he had added.

Jam Awais, on the other hand, who had surrendered to police, stated that he was not in Memon Goth at the time of the murder.

3 policeman were seriously injured in an armed robbery