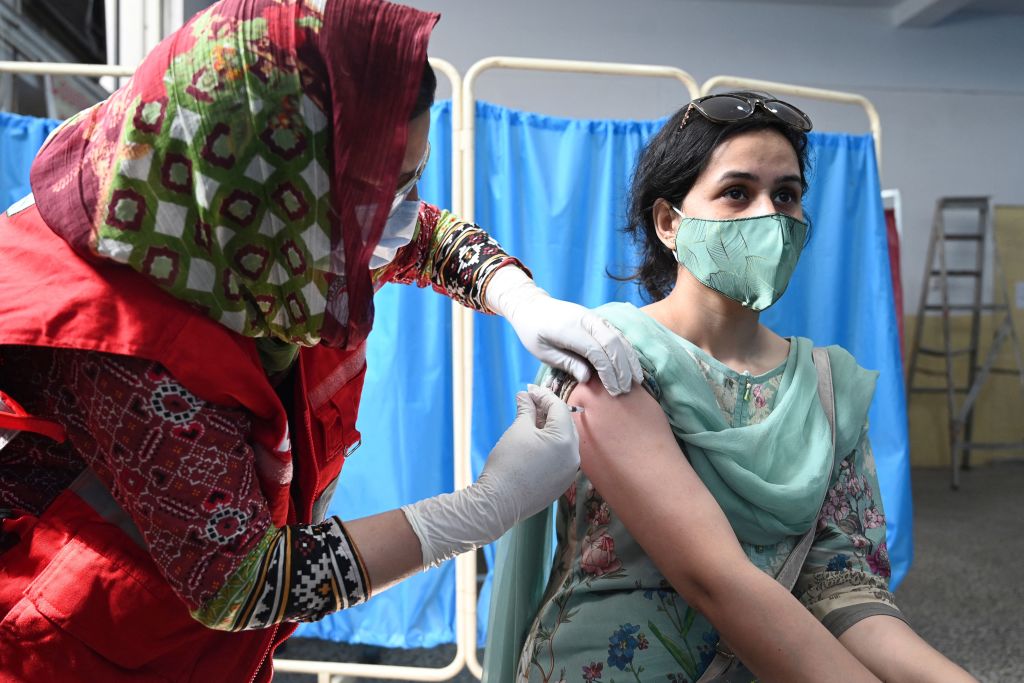 The premier was also given an update on the status of coronavirus vaccinations for people.

Read Also
Jazz has been completely vaccinated against COVID-19 The PM office also stated that 115 million individuals (72 percent) had gotten a single dosage, with the figure expected to rise to 130 million (85 percent) by March 2022.

“At the moment, 61,329 teams are working for the safe phase one of every Pakistani immunisation in the country, and 2.2 million vaccine doses are being provided daily,” the PMO said.

The premier was informed that Phase II of the immunisation will commence on March 7, this year. On the other hand, 59 percent of pupils aged 12 to 17 have been completely vaccinated, while 3.4 million adults over the age of 18 have received booster shots.

The conference was also assured that there was sufficient supply in the country to vaccinate the whole population.

According to the PM, Punjab leads the other provinces, followed by Sindh, Khyber Pakhtunkhwa, Balochistan, and other territories.