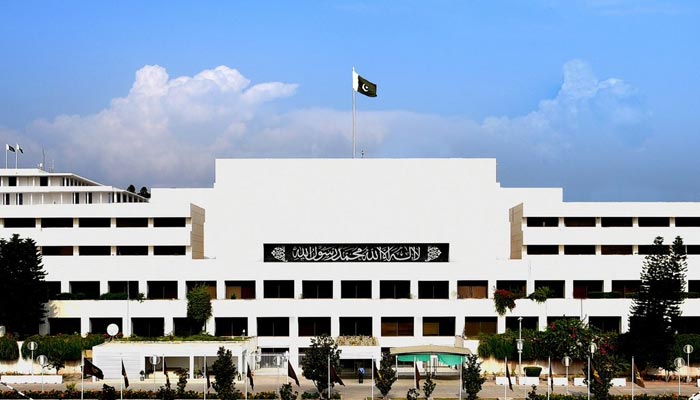 ISLAMABAD: The military leadership is briefing MPs today at the Parliament House during an in-camera meeting of the Parliamentary Committee on National Security to discuss a variety of critical matters, including the situation in Afghanistan.

Apart from the domestic situation, the in-camera session is being briefed on the situation in Afghanistan, India, and Indian-occupied Kashmir (IIOJK), according to sources.

According to Foreign Minister Shah Mahmood Qureshi, prominent leaders of the Opposition parties in Parliament have been called to the meeting because they would be held in confidence regarding recent developments in Afghanistan and national security issues.

Because it is against the rules to bring mobile phones into the conference room, all attendees’ phones have been confiscated.

Before the Speaker, the meeting’s audio and video recordings will be sealed.

Bilawal  Bhutto expresses his appreciation for the briefing.

I had demanded on the floor of the house that the Parliament be briefed on the Afghanistan situation by the relevant departments & institutions. We welcome Speakers decision and will participate in NSC committee meeting on the topic.

On Monday, Bilawal stated on Twitter that he had urged in the National Assembly that the Parliament be briefed on the Afghan situation by the necessary agencies and institutions.

“We applaud the Speaker’s decision and will participate in the National Security Council’s committee meeting on the subject,” the PPP’s chairperson tweeted.

Pakistan has highlighted the issue of resolving the Afghan crisis peacefully on numerous occasions and asked all parties to convene and resolve their disagreements.

In his engagement with the US press, Prime Minister Imran Khan emphasized that there is no military option and that Pakistan has no preference.

Since the withdrawal of foreign soldiers began, violence has escalated in the war-torn country.

National Security Adviser Dr Moeed Yusuf echoed similar worries in a recent interview, stating that “the situation in Afghanistan is not good.”