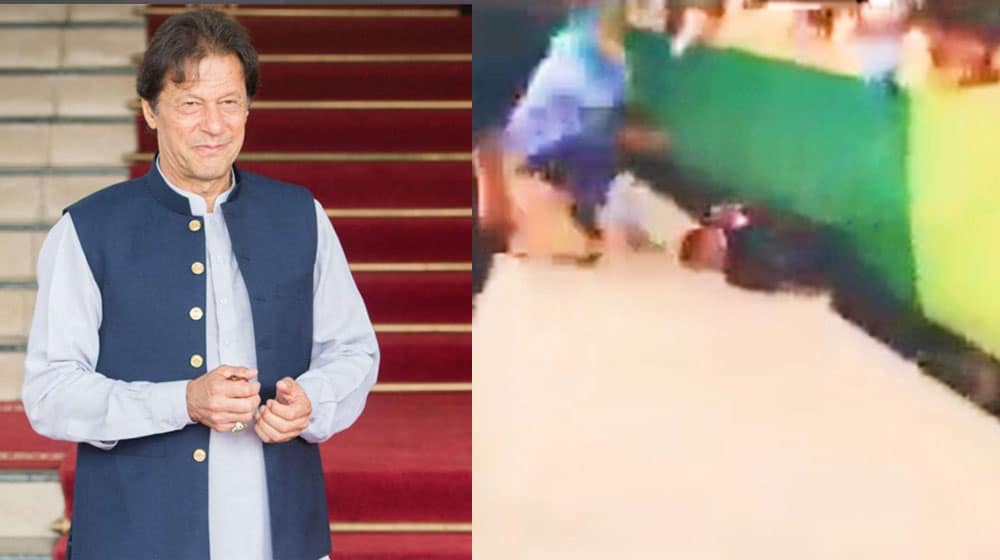 PM Imran honors a police officer for saving a guy from being run over by a train — Newsline.pk/Files

Prime Minister Imran Khan praised a police officer who saved a man from being crushed by a train at a railway station.

The premier tweeted a brief video clip of the incident, which shows the officer standing on the platform while a train laden with passengers departs the station.

As the train accelerates, a passenger falls dangerously close to it, triggering a swift response from the cop, who sprints towards the guy and takes the hapless man out of the railway track area.

The premier referred to his fast thinking and dedication to duty in averting a certain disaster as’sacred.’

“This is the point at which duty becomes sacred. “I admire the young police officer’s dedication to serving the people,” the Prime Minister stated on Twitter.

This is where duty becomes sacred. Admiration for the commitment of the young policeman to serve the people. pic.twitter.com/B1xozkj06a

This is not the first time Prime Minister Imran has praised the dedication of law enforcement officers. In June, the premier praised a head constable of the Islamabad Traffic Police (ITP) for returning to duty barely two days after his arm was fractured in an on-duty incident.

“I am overjoyed. I witnessed [what you did] and read about it… Many people praised your efforts as well,” Khan stated in a video of his meeting with the chief constable provided by the Prime Minister’s Office.