According to a World Bank reports, the enrolment ratio of teenage students in public and private schools in the Punjab province decreased dramatically during the COVID-19 pandemic. 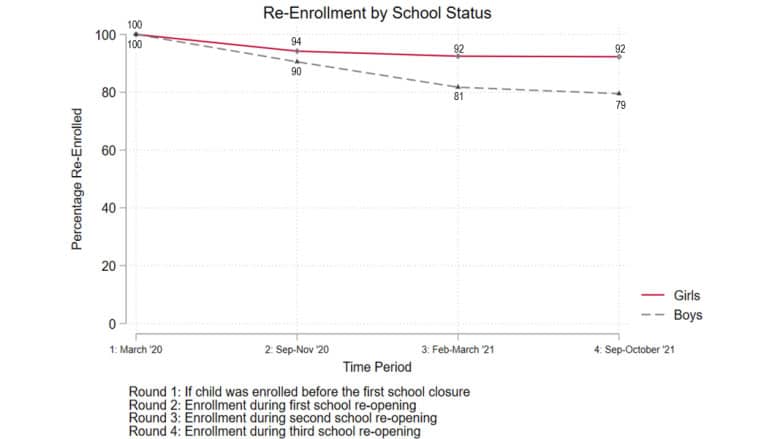 When these results are combined with national survey data, the research says, “a similar picture emerges, with around 10% of adolescent students not returning to school by June 2021,” according to the paper.

Several studies have revealed that school closures resulting from the epidemic placed an additional load on female students, who self-studied while still taking care of household responsibilities, whereas male students tended to remain outside the home. 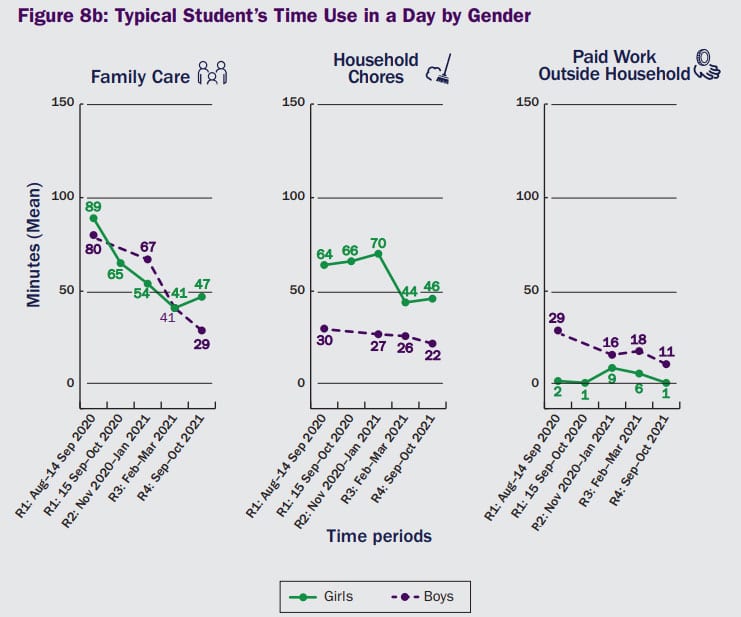 According to the report, boys spent significantly more time doing paid employment outside the home, with an average of 29 minutes during the first round of school closures and only 11 minutes between September and October 2021,” the report stated.

According to the survey, financial issues are the most significant factor contributing to the large number of dropouts.

“Financial issues are the most frequently reported reason for pulling children out of school by their parents, and they are most likely the reason that boys drop out at a higher rate than girls, who typically have more options to create revenue for their family,” according to the report.