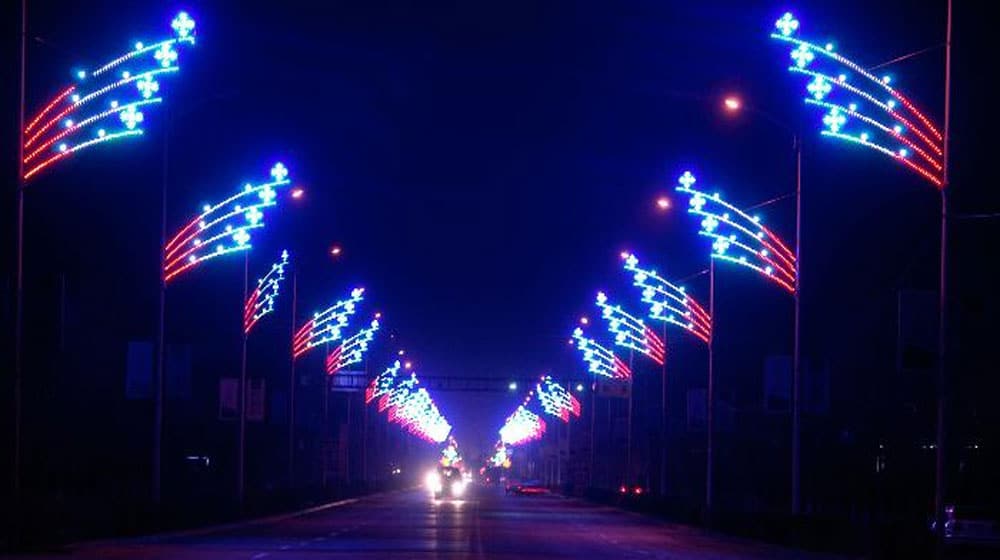 Rawalpindi is being transformed into a model city — Newsline.pk/Files

Thousands of bright electric lamps are being installed along the Murree Road and other major routes by the Punjab government.

During a visit to various Union Councils, Vice-Chairman Parks and Horticulture Authority, Rawalpindi, Malik Abid Hussain, Vice-Chairman Parks and Horticulture Authority, Rawalpindi, stated that the installation of decorative bulbs for the beautician of highways is currently underway while speaking to members of the public and local Pakistan Tehreek-e-Insaaf (PTI) officials.

“We will transform Rawalpindi into an ideal model city in terms of natural greenery and environmental friendliness,” he declared.

According to the Vice-Chairman, the foundational work of converting all of the city’s parks into natural green spaces has been finished to this point. More than a hundred different species of flowers have been planted in pots on both sides of Murree Road as well as the center divider line, according to the architect.

Another woman was molested while riding in ‘Ching-chi’

Fawad Chaudhry Replies to the Forcing Hijab Allegations on PTV