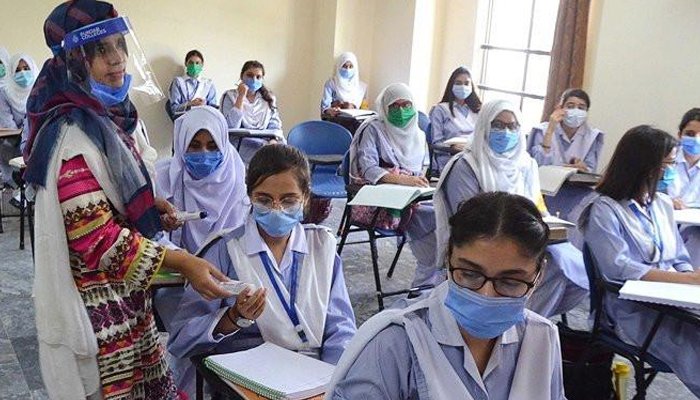 Karachi: The Sindh government has announced a step-by-step test timetable for classes 9 through 12, stating that class 11 papers will be held after intermediate exams in August.

Similarly, examinations for grade 9 classes will be held shortly following matriculation exams in July. Exams for Grades 10 and 12 start on July 5 and July 26, respectively.

It was also determined that only elective subject tests would be held. The results of grades 10 and 12 will be revealed 45 days after the exams are completed in the first phase. The meeting also agreed that the grades 9 and 11 results would be announced later.

Although the Covid-19 situation is improving, the education minister stated that attendance at all educational institutes will stay at 50%. Ghani went on to say that all teachers and personnel must get vaccinated.

Previously, the provincial government opted to reinstate on-campus programs for pupils in grades 6 through 8. Primary school will resume on June 21 if the situation improves, according to Ghani.