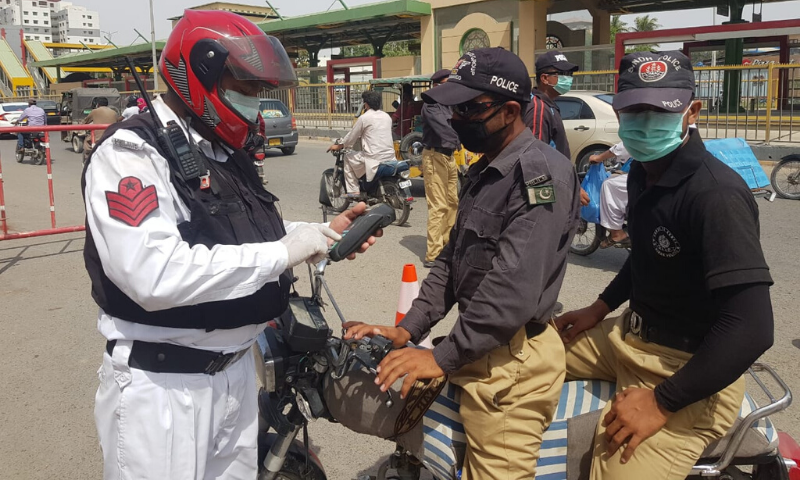 The lifting of the restriction on motorcycle pillion riding in the city, according to the police, will take effect as soon as it is announced.

During a news conference, Sindh police official Murtaza Wahab stated that the restriction on pillion riding has been repealed in order to make it easier for people to get vaccinations.

Remember, the Sindh Home Department has issued notice of COVID -19 lockdown restrictions across the province, which should be taken into consideration.

According to the statement, partial lockdown would be enforced across Sindh starting today, and individuals will be prohibited from leaving their houses unnecessarily till further notice.

According to the notification, grocery stores, bakeries, vegetable and meat markets would be open until 6 p.m.

According to the statement, all examinations have been postponed until August 8 and all universities have been closed till that date as well.

In addition, all educational, commercial, religious, recreational, and sporting activities will be prohibited, with the exception of funeral prayers and other religious rites, which will be done with the permission of the Special Investigations Unit (SHO).

The Sindh government has decided to impose a lockdown across the entire province from July 31 to August 8 due to the deteriorating situation with Coronavirus, it is worth recalling.

Imran Khan’s government claims to have end hunger by 2030

Maryam Nawaz was tested positive for the Covid-19 virus