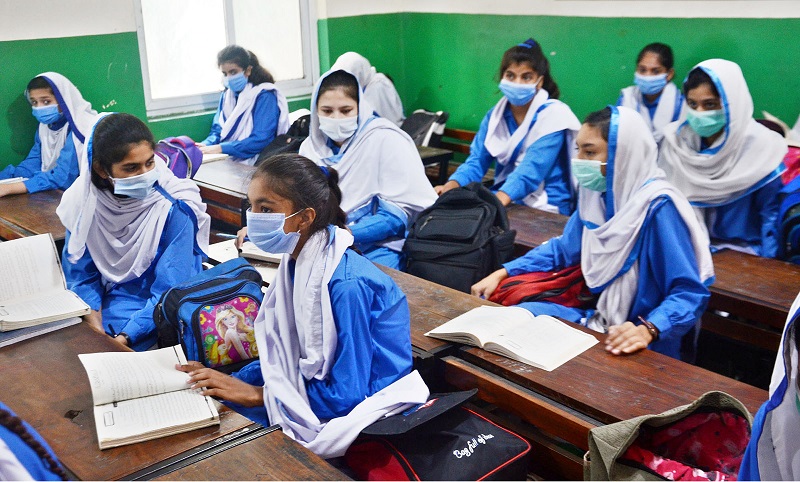 According to sources, students in federal government schools will be promoted based on their performance in previous classes.

According to sources, the federal government Students in grades 1 to 7 will be promoted without taking exams.

A summary of the decision has been sent to the appropriate authorities.

Sources told Geo News on Sunday that students in classes I-IV and VI-VII will be promoted to the next grade without taking exams in federally run schools.

According to sources, the federal government has agreed to hold examinations for students in grades V and VIII. They went on to say that the director-general of the federal directorate of education had sent a summary to the appropriate authorities.

The decision comes as students in grades I-VIII are set to return to Islamabad schools on Monday (tomorrow) after the government agreed to resume in-person classes.

Classes for grades 9-10 are already being held in the schools.

The Federal Directorate of Education (FDE), which oversees public sector schools and colleges in Islamabad, said in a notification that the exam schedule for grades 1-8 would be announced soon.

According to a report in The News, the decision came after the National Command and Operations Centre (NCOC) approved in-person classes after Pakistan saw a decrease in coronavirus cases in the federal capital.

Licenses will be suspended for violations of traffic laws