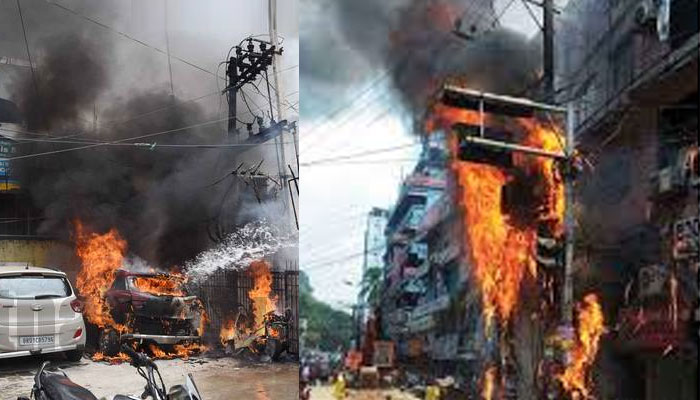 Five individuals who were injured in a transformer explosion in Hyderabad died as a result of their injuries on Friday morning at the Civil Hospital in Karachi.

The transformer explosion was discovered early on Thursday morning. After a 15-day power outage in Latifabad, the Hyderabad Electric Supply Company decided to install a new transformer in the neighborhood. Residents were burned when hot oil spilled on them, resulting in 18 injuries.

Noman and Shujaat have been confirmed as the deceased. Tabish and Waqas have also been identified. Their bodies have been transported to Hyderabad, where they will be returned to their respective families.

The power distribution system in Hyderabad, according to MNA Sabir Qaim Khani, has deteriorated in recent years.

The A Section police have opened an investigation into the actions of five Hesco workers who were negligent in the investigation. Laws 322 (Punishment for qatl-bis-sabab) and 427 (Mischief causing damage in the sum of fifty rupees) of the Pakistan Penal Code are referenced in the FIR, as well as other relevant sections.

After three days, traffic on the Karakoram Highway has resumed

PTA has blocked TikTok in Pakistan