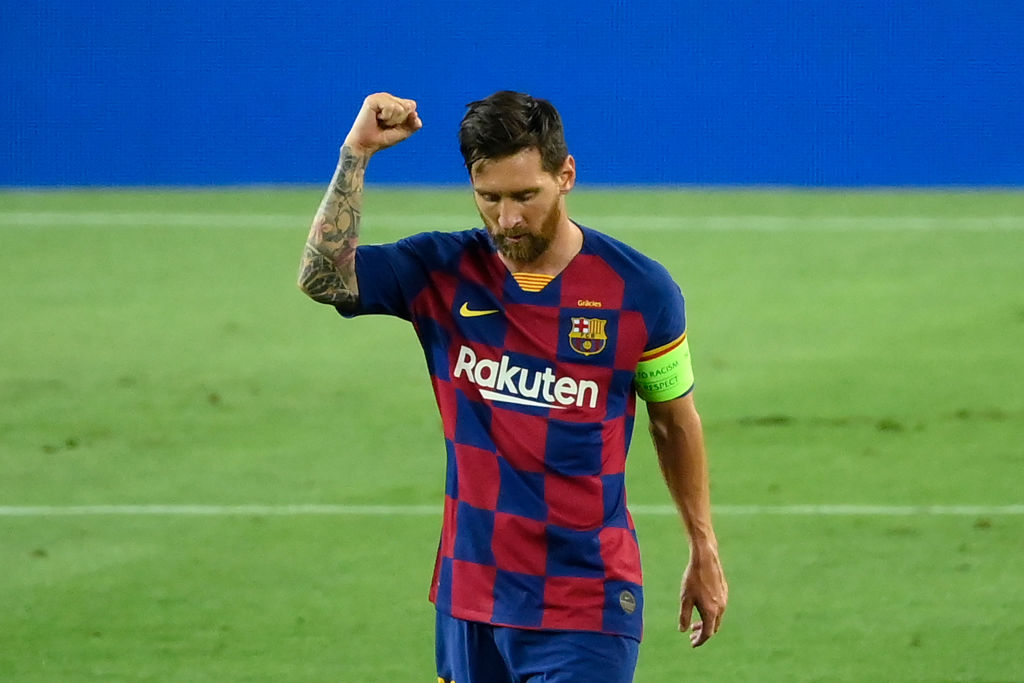 Barcelona's Argentine forward Lionel Messi celebrates after scoring a goal during the UEFA Champions League round of 16 second leg football match between FC Barcelona and Napoli at the Camp Nou stadium in Barcelona on August 8, 2020. (Photo by LLUIS GENE / AFP) (Photo by LLUIS GENE/AFP via Getty Images)

Lionel Messi, the Football superstar, is ready to leave FC Barcelona after 19 years with the club. FC Barcelona has declared that Messi will no longer be a member of the club owing to structural issues in the new contract agreement.

According to the club, both parties had reached an agreement for the new contract, but the agreement could not be formalized due to Spanish LaLiga’s player registration restrictions. Barcelona thanked Messi for his contributions to the club over the years.

“Both parties truly regret that the wishes of the player and the club will not be realized in the end. FC Barcelona expresses its heartfelt gratitude to the player for his contribution to the club’s advancement and wishes him all the best in his personal and professional life,” Barcelona stated in a statement.

The stunning news put the footballing world into a frenzy, with whispers regarding Messi’s next club spreading over social media. According to reports, France’s Paris Saint-Germain (PSG) and England’s Manchester City are the frontrunners to sign Messi on a free transfer.

Messi has made no comments about his future.

Arshad Nadeem wins hearts but not an Olympic Gold Medal

Players from New Zealand may miss Pakistan tour because to IPL