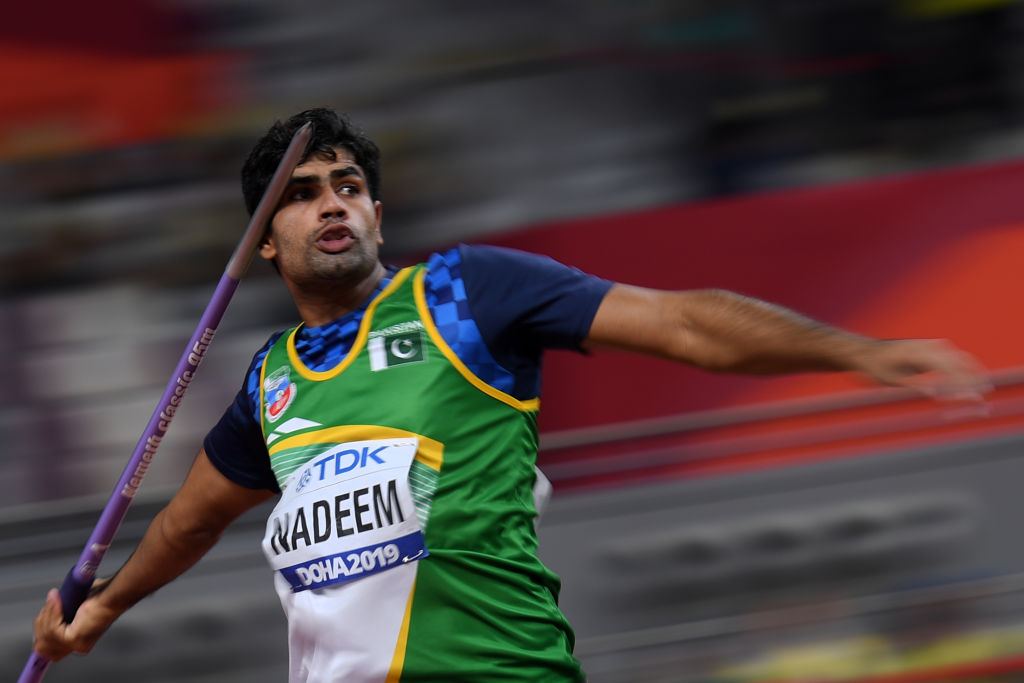 Pakistan's Arshad Nadeem competes in the Men's Javelin Throw heats at the 2019 IAAF Athletics World Championships at the Khalifa International stadium in Doha on October 5, 2019. Photo by KIRILL KUDRYAVTSEV/AFP via Getty Images

His first throw covered a distance of 82.4m, however his second throw was deemed a failure.

With Indian Neeraj Chopra leading the standings with a throw of 87.58m, Arshad needed to throw at least 83m to qualify for the top eight, who will compete for medals. Arshad stepped up to the plate and threw 84.62m in his third and final throw.

Arshad throws for the fourth time, covering a distance of 82.91 meters. Perhaps he is conserving energy for the final two throws.

Arshad’s fifth throw travels the shortest distance of any of his throws, at 81.98m. Can Arshad perform a miracle with his final throw? He carries the weight of the entire country’s expectations on his shoulders. It was a big weight to carry on my Olympic debut.

Arshad’s Olympic performance was really underwhelming. His final throw is a foul, and his best throw will be 84.62m, which is far from a podium finish.

Meanwhile, the world’s number one javelin thrower, German Johannes Vetter, failed to even qualify for the top eight. His first throw was 82.52m, however his second and third attempts were also fouled. He finished ninth and was unable to compete for medals.

After 19 years at Barcelona, Lionel Messi is finally leave the club