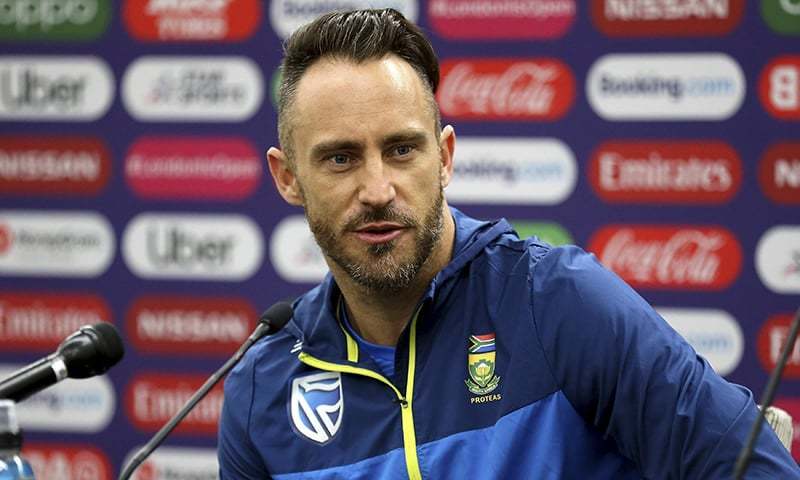 Former South African captain Faf du Plessis stated on Sunday that cricket leagues are growing in strength throughout the world, adding that “players have lost interest in international cricket.”

Du Plesis stated at a virtual news conference on Sunday that it was heartening to witness the start of Pakistan Super League-6, which had been postponed in March earlier this year owing to certain participants testing positive for Covid-19. The PCB stated at the time that the decision was made with the health and well-being of all tournament players in mind.

Speaking at a news conference today, South Africa’s batsman said he was glad to be back in the league, but that the playing circumstances had changed and that all sides would have to start again.

The middle-order batsman, who plays for the Quetta Gladiators in the Pakistan Super League, stated that his club was not in the place it should have been on the table. “I want to share my expertise with the team’s younger players,” he stated.

He was pleasantly impressed by the bowling quality in the PSL, stating that practically every club had strong bowlers in their lineup.

Du Plesis praised the Gladiators captain, saying Sarfaraz Ahmed was always there for his colleagues on the pitch.

“Every captain has his own approach, and Sarfaraz thinks differently,” he observed.

‘Favorites for the T20 World Cup’

At the same time, Du Plesis stated that he believes the West Indies and India are the favorites in the build-up to this year’s T20i World Cup, which will be held in the UAE in October.

He also stated that an increase in the number of countries playing in the World Cup would be beneficial to the sport as a whole, noting that only ‘super-fit’ cricketers would go on to become good cricketers.

Cancelation of Tokyo Olympics would cost Japan around $17 billion