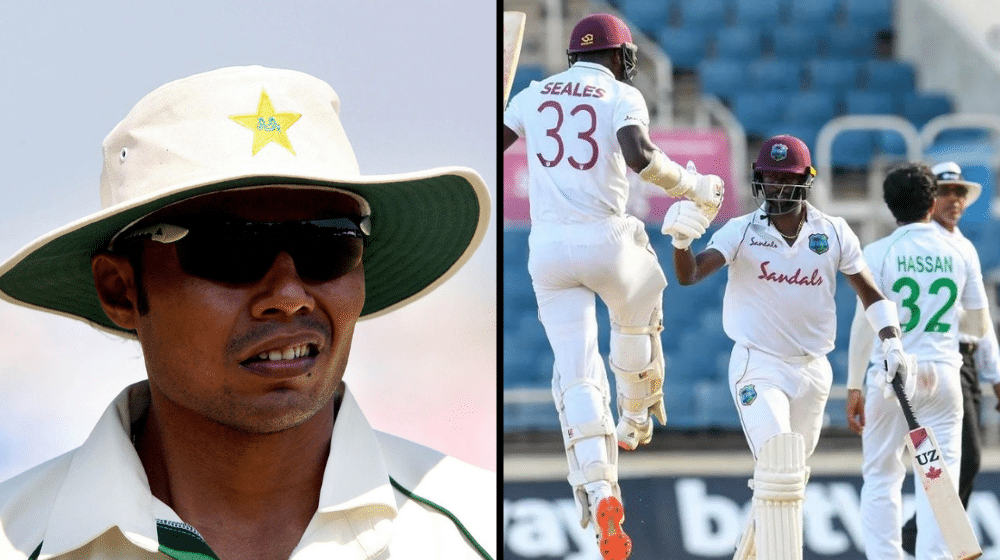 Kaneria, known for his honest assessments of Pakistan’s current state of cricket, argues that Pakistan should have used spin against the tail-enders in the fourth innings when defending a target of 168.

The former spinner turned to Twitter to express his thoughts on Pakistan’s one-wicket defeat to the West Indies.

Here’s what he had to say:

To defend the target, Pakistan elected to stick with their pace attack, only using Yasir Shah for three overs in the fourth innings. Yasir did not bowl at his normal level, going wicketless in the encounter and allowing 59 runs in 16 overs.

Pakistan’s fielding performance in the fourth innings was underwhelming, as they dropped three important catches. West Indian tail-enders kept their cool as they chased down the mark with one wicket in hand. Kemar Roach, a West Indian fast bowler, scored an unbroken 30 to help his team take a 1-0 series lead.