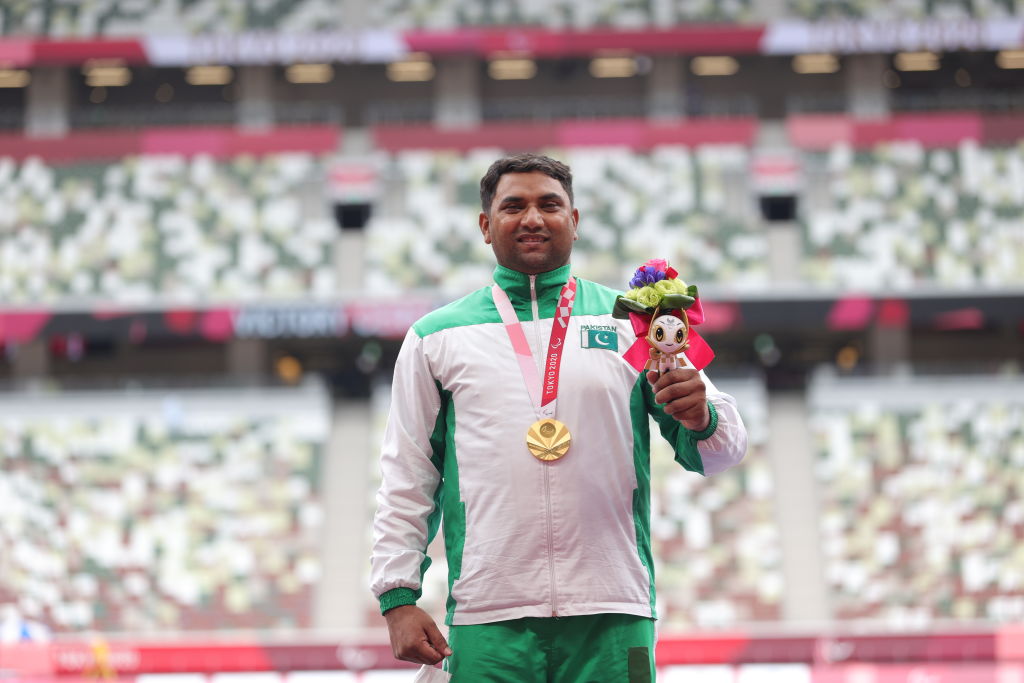 Pakistan has finally received its first-ever gold medal at the Tokyo 2020 Paralympics, thanks to Haider Ali, the country’s most famous discus thrower.

Haider Ali #PAK wins the men's F37 discus throw and makes gives Pakistan their first ever medal at the #Paralympics!

They are the 84th different nation/NPC to score a medal at #Tokyo2020 – a new record!#ParaAthletics

During the current Paralympics, Haider Ali became the first Pakistani to win a gold medal. He had previously represented Pakistan at the Paralympic Games, winning two gold medals in the process.

Haider Ali is a Gujranwala native who lives in the United States. His right leg is two inches thinner and one inch shorter than his left leg, and he was born with a limb-length difference.

According to the US Embassy in Islamabad, Pakistani para-athlete Haider Ali has won the gold medal at the Paralympic Games in Rio de Janeiro, Brazil this year.

According to the Pakistani embassy’s official Twitter account, “Congratulations to Haider Ali on earning Pakistan’s first-ever Paralympic gold medal!” Having won Pakistan’s first Paralympic games medal (a Silver) in 2008, Haider is no stranger to making history. You did a fantastic job!

Read Also
Mohammad Rizwan has won a another cricket trophy

Sarfaraz Ahmed must be named for the T20 World Cup, Dr. Nauman