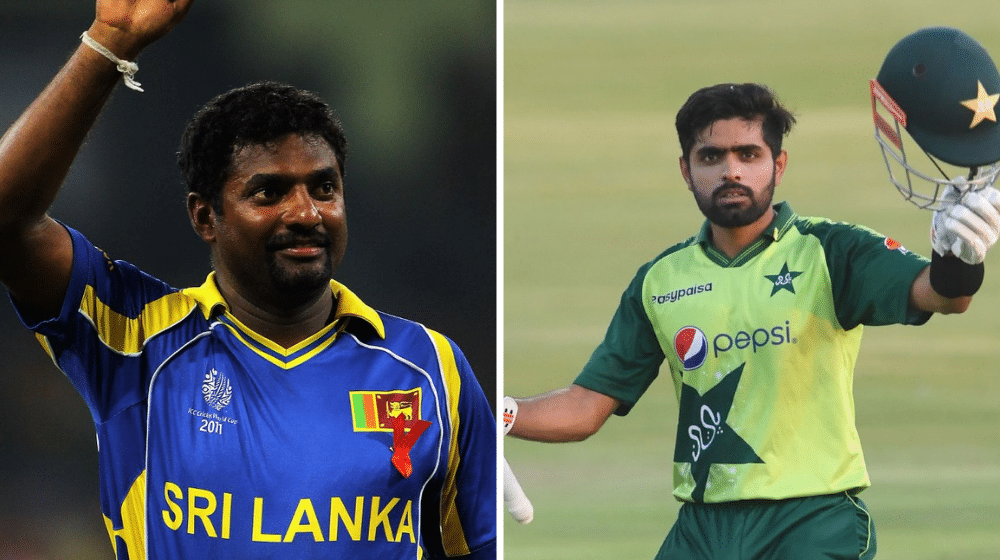 Muttiah Muralitharan, a former Sri Lankan spin bowling legend, termed Pakistan Captain Babar Azam one of the players who may have been better playing him. Muralitharan noted that Babar has a good technique and that he might have addressed his variations.

Muralitharan was questioned on ESPNCricinfo by Aakash Chopra, a former Indian batsman, where he was asked his assessment on which current players could regularly play him. The renowned spinner also called Virat Kohli, an Indian captain, one of modern batsmen.

“Kohli was challenging because he’s a good spin player. I haven’t watched, Babar Azam, but looks like one of the best players since he’s from the subcontinent,” commented Muralitharan.

What Happens If Shahid Afridi Replaces Sarfaraz Ahmed as Captain of Quetta Gladiators?