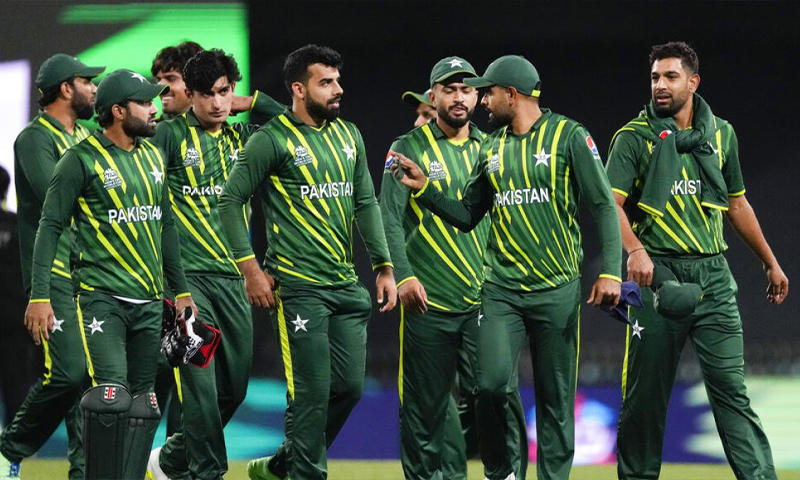 After South Africa suffered a shock loss to the Netherlands in the opening match of Sunday’s tripleheader, the two sides were vying for a position in the semi-finals in a simulated knockout game.

After hitting 25 off 33 in the 11th over, captain Babar Azam was bowled by left-arm spinner Nasum Ahmed, and Rizwan (32 off 32) followed suit by being caught at point in the very next over while attempting to slash medium pacer Ebadot Hussain.

On the other hand, Shan Masood contributed with a deft undefeated 24 off 14 to lead the team home.

Earlier, Bangladesh had given Pakistan a 128-run goal to reach the semifinals.