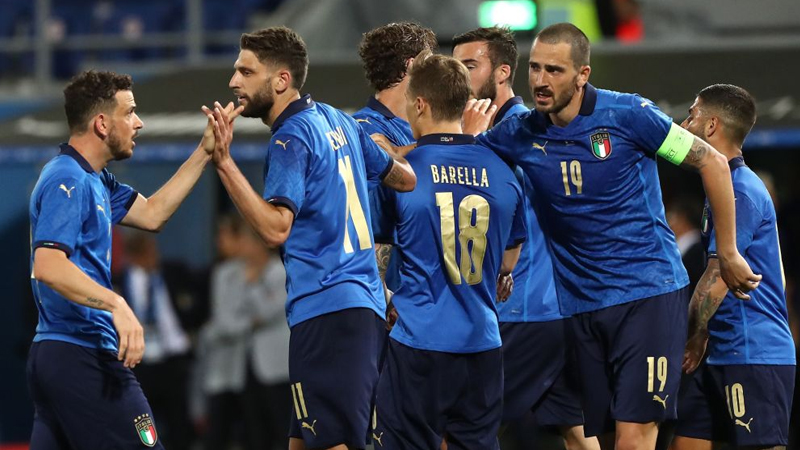 Match will be played at Wembley on July 6

Italy and Spain face off in the first semi-final of Euro 2020 at Wembley Stadium on Tuesday, as expectation grows for host nation England’s last-four match against Denmark.

The encounter on Tuesday is the latest chapter in a blossoming rivalry between Italy and Spain, who are meeting for the fourth time in the European Championship.

Spain won the trophy after winning on penalties in the quarter-finals in Vienna in 2008, and then crushed Italy 4-0 in the final in Kiev four years later.

Italy exacted some retaliation by beating 2-0 in the last 16 at Euro 2016, and the Azzurri come at Wembley having knocked out Belgium in the quarter-finals to extend their unbeaten run to an incredible 32 games.

“We know that if we play like we have in the last 30 or so matches, we can come away with a good result,” Italy’s defensive mainstay Leonardo Bonucci said on Monday.

While Italy, whose lone European Championship championship came in 1968, has been the tournament’s standout squad thus far, Spain has overcome a rough start to reach the last four as they seek a record fourth continental trophy.

In the first knockout round, Luis Enrique’s squad defeated Croatia 5-3 in extra time before defeating Switzerland on penalties in the last eight.

“We simply need to be motivated by the fact that we are up against such a big and prestigious club at such a fantastic environment as Wembley, knowing that we may be involved in the final in just a few days,” Bonucci continued.

Both Italy’s coach, Roberto Mancini, and Spain’s coach, Jose Mourinho, expressed disappointment that fans of the two semi-finalists would be unable to travel to London for the game.

After the British authorities removed the coronavirus limitations that had been in place during the competition, more than 60,000 people would be allowed inside the 90,000-capacity Wembley Stadium.

However, supporters are not authorized to travel from either country solely for the match, as has been the case in previous pandemic-affected tournaments.

“It’s an odd circumstance. “I hope there are more Spanish and Italian supporters than English fans, but those are things we can’t control,” Luis Enrique stated on Monday.

“I’m not going to waste my time on it. We wish it were otherwise, but we accept it.”

Italy and Spain both had their own crowds cheering them on when they played group games at home, in Rome and Seville, respectively, and Mancini termed the situation in London “unfair.”

Italy will be without injured full-back Leonardo Spinazzola, who underwent surgery on his torn Achilles tendon against Belgium in Munich on Monday.

Umar Akmal Files FIR Against Fans After Conflict Over Autograph