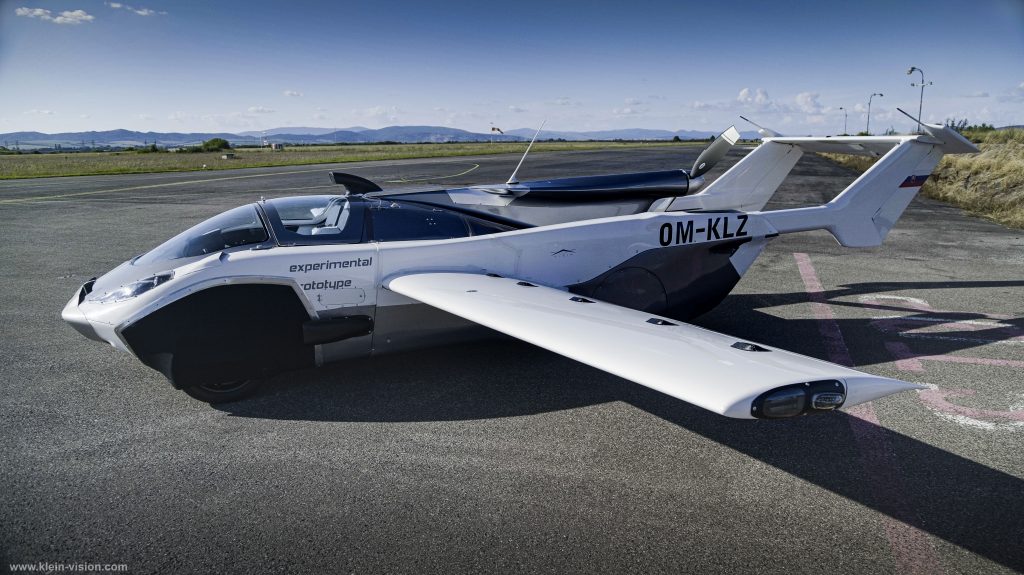 “All theoretical notions and calculations that went into the creation of the AirCar were confirmed by the major flight metrics. We will provide a model with a certified ADEPT, 300HP engine within the next 6 months, following the completion of all needed flying testing in accordance with EASA regulations,” stated Professor Stefan Klein, Klein Vision’s CTO and test pilot. Professor Klein continued, “The good news is, we already have a buyer.”

The two-seat variant is 1,100kg in weight and can carry an additional 200kg every flight. The car-plane has an effective power output of 140HP and is powered by a BMW 1.6l engine. AirCar’s estimated trip range is 1,000 kilometers, with a flying consumption of 18 liters per hour.

“You can take your AirCar to the golf course, the office, the mall, or your hotel and park it in a normal parking space,” said Anton Zajac, Klein Vision’s co-founder, investor, and pilot.

“The wing and tail deployment/retraction system, which transforms the car into an airplane, is really amazing. The cockpit, which accommodates the driver/pilot and a passenger, is spacious and well-designed. Dr. Branko Sarh, Boeing Co. Senior Technical Fellow, stated, “The overall appearance of the flying car on the road and in the air is fantastic” (ret).

Professor Klein’s 30-year-old ambition has become a reality thanks to Klein Vision, a research and development company. The business created a patentable technique that allowed for the creation of a cheap flying car.

Avatar Frontiers of Pandora looks much like the movie