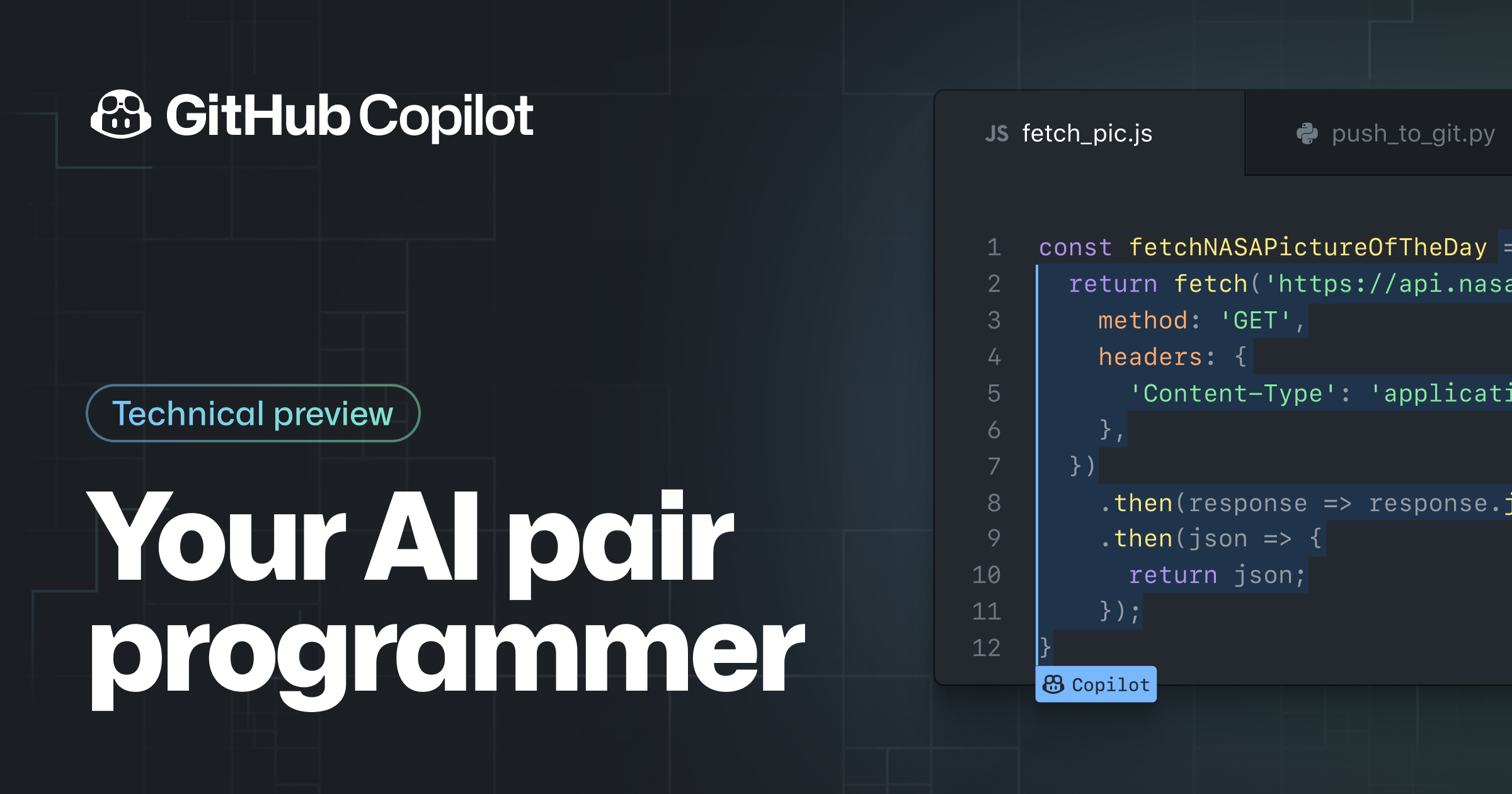 In recent news, GitHub and OpenAI announced the release of a new AI tool dubbed ‘Copilot,’ which is integrated into the Visual Studio Code editor and autocompletes code snippets.

However, it does more than just insert code; according to GitHub, it analyzes the code you’ve written and generates similar code that includes certain methods depending on that code.

Copilot now supports Python, JavaScript, Ruby, and more programming languages. “Developed in conjunction with OpenAI, GitHub Copilot is powered by OpenAI Codex, a novel AI system established by OpenAI,” writes Nat Friedman in a recent blog. OpenAI Codex has a wide understanding of how people use code and is substantially more capable than GPT-3 in code generation, thanks in part to training on a data set with a much higher percentage of public source code. GitHub Copilot supports a wide range of frameworks and languages, but this technical preview performs particularly well with Python, JavaScript, TypeScript, Ruby, and Go.”

Overall, this is the next step in automation, particularly in programming, because working with copilot is like to having someone assist you with a project.

Copilot is the product of Microsoft’s $1 billion investment in OpenAI, which began developing the GPT-3 algorithm. The research firm is currently run by Y Combinator President Sam Altman, who was instrumental in getting the initiative started in the first place.

Related Topics:Artificial IntelligenceGitHubMicrosoftProgramming
Up Next