MediaTek, a Taiwanese chipmaker, has revealed two new chipsets based on TSMC’s 6nm node. Dimensity 920 and 810 are follow-ups to Dimensity 900 and 800, with minor upgrades to certain of their characteristics.

Both chipsets have an octa-core CPU and 1080p displays with 120Hz refresh rates, implying that they will power upper-midrange phones in late 2021. 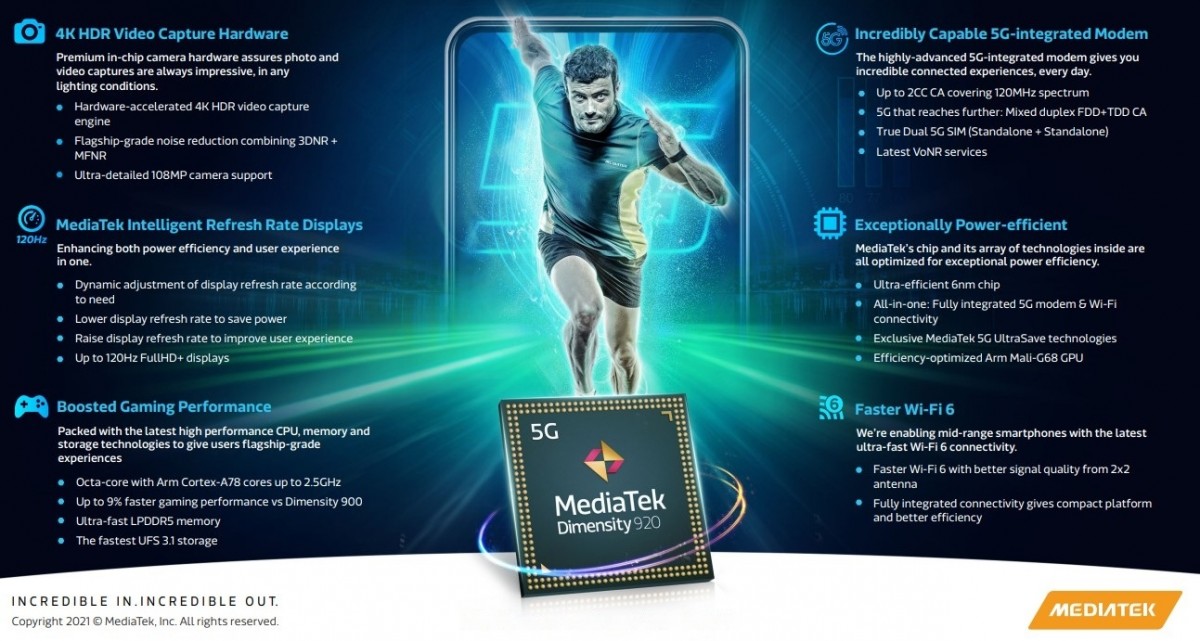 The Dimensity 920’s CPU is based on strong Cortex-A78 cores that run at 2.5GHz, with Cortex-A55 cores running at 2GHz. Its GPU is the Mali-G68 MC4, which provides 9 percent quicker gaming performance than the Dimensity 900. It’s also more energy-efficient. 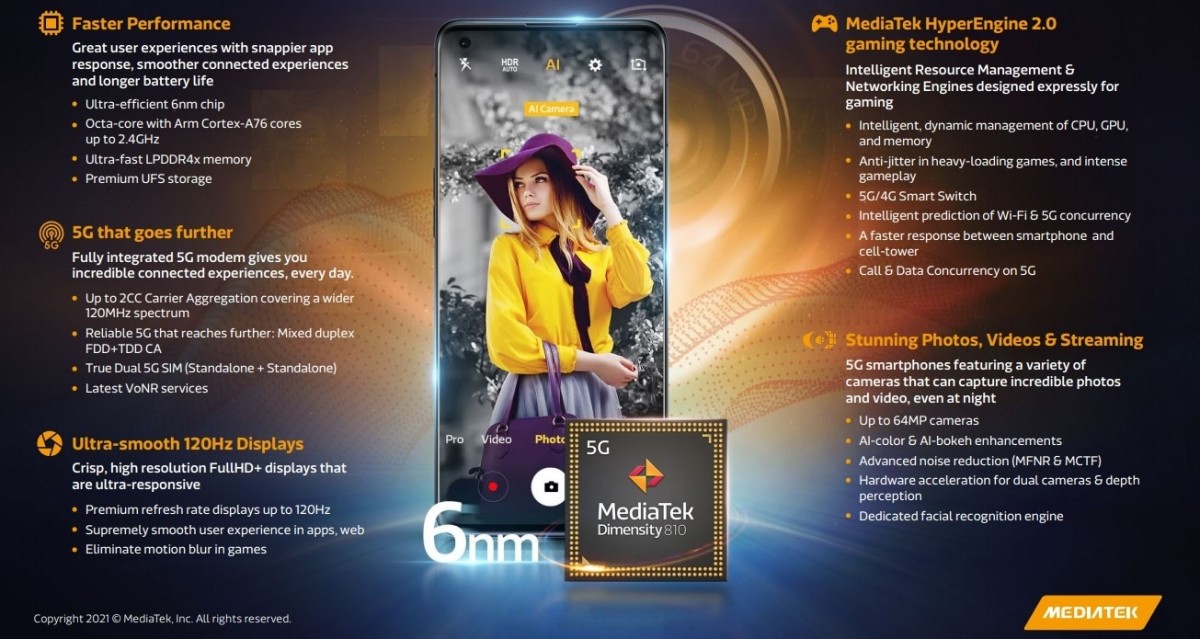 The Dimensity 810 is built on older Cortex-A76 CPU cores clocked at 2.4GHz and power-efficient Cortex-A55 cores of undetermined speed. Mali-G57 MC2 is the GPU, and the chip supports LPDDR4X RAM and UFS 2.2 storage. It is the first Dimensity 800 series chip with dual 5G standby based on the 6nm node.

Smartphones powered by the Dimensity 920 and 810 are expected to hit the market in Q3 2021. We anticipate that Chinese phone manufacturers such as Xiaomi, Oppo, Vivo, and Honor would be among the first to introduce these chipsets.