WhatsApp logo on the App Store displayed on a phone screen and WhatsApp logo in the background are seen in this illustration photo taken in Poland on January 14, 2021. Signal and Telegram messenger apps gained popularity due to the new WhatsApp's privacy policy. Photo by Jakub Porzycki/NurPhoto via Getty Images

According to WABetainfo, has a new set of emojis that were added through the Google Play Beta Program in the latest beta version 2.21.16.10 of WhatsApp.

The new collection of emojis was previously included in the most recent iOS 14.5 update, which was released last week. In addition, new emojis can now be sent and received by Android users. 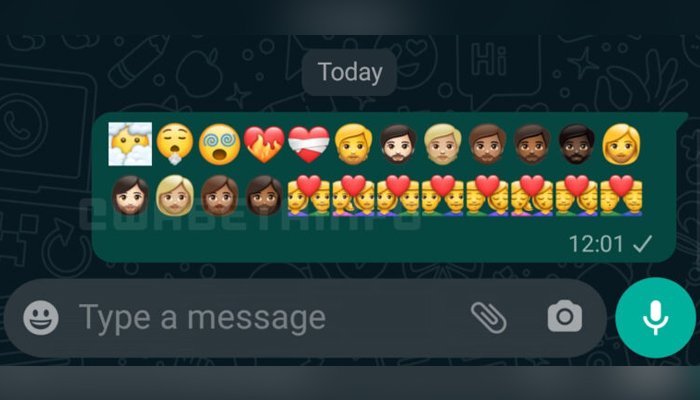 “These emojis are currently available for purchase. Make sure you download and install this update in order to see them. “Please keep in mind that if the recipient is not on the newest beta version, they will not see these new emojis,” the site stated.