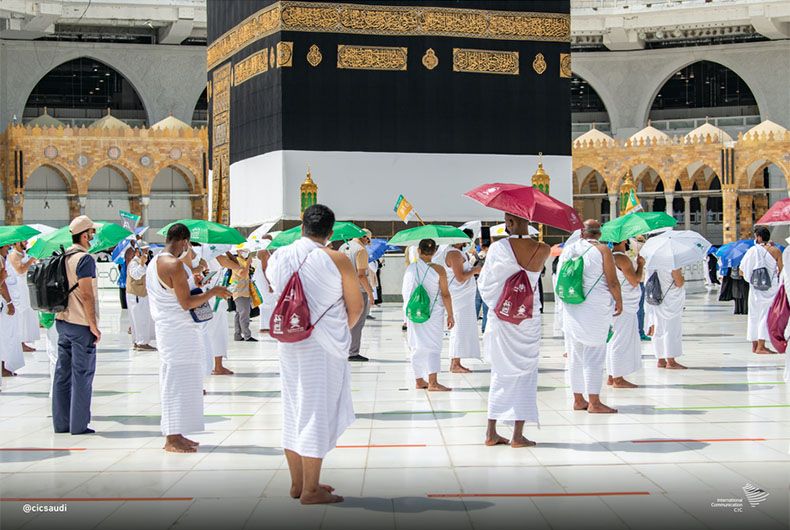 According to Brigadier General Sami Al Shuwairekh, a spokesman for the Hajj Security Forces Command, a total of 20 infractions of Hajj rules have been identified. Those who violate the law will be fined 10,000 riyals, according to the spokesman’s statement.

This year’s Hajj season standards, according to Brigadier General Sami Al Shuwairekh, should be followed by both citizens and foreigners alike.

In addition, he stated that by the 13th of Dhu al-Hijjah, the security forces will take action against anyone who attempted to enter the Masjid al-Haram, the central area surrounding it, or other holy sites (Mina, Muzdalifeh, Arafat) without permission.

The General Security Plan for Hajj has been approved by the Saudi Minister of Interior.

Following the precautionary measures and preventive procedures implemented in response to the coronavirus pandemic, Saudi Arabia’s Minister of Interior and Chairman of the Hajj Higher Committee, Prince Abdulaziz bin Saud bin Naif bin Abdulaziz, gave his approval to the general security plan for the upcoming 1442H Hajj, according to the country’s official news agency, SPA.

The plan is in accordance with the directives of the Custodian of the Two Holy Mosques, King Salman bin Abdulaziz, and His Royal Highness Crown Prince Mohammed bin Salman, demonstrating their unwavering commitment to the Hajj and all aspects of performing the rituals in a manner that ensures the security and safety of pilgrims, according to the announcement.

Visitors who travel to Saudi Arabia for the Hajj can use their Hajj Smart Card to access teller services.

When visitors travel to Saudi Arabia, they can use their Hajj Smart Card to access teller services.

Details indicate that foreign pilgrims can transfer money from their bank accounts in their home countries to their Hajj smart card accounts.

Considering that it will be operative on Saudi Arabia’s Mada network, the card can be used as a payment mechanism for purchases in the Kingdom.

Because this year’s Hajj is only open to domestic pilgrims, foreign pilgrims will be able to take advantage of these services until next year’s Hajj.

During the second phase of the smart card’s application, which will include further features, the new amenities and services will be made available on it.

The first phase of the smart card was launched in December 2020 by the Ministry of Hajj and Umrah, and it will be activated for the first time during the forthcoming Hajj season, covering all pilgrims.

The distribution of smart identity cards to each pilgrim, which contained his or her personal, medical, and residence information, was one of the most significant aspects of the first stage.

According to Private newspaper, the card is believed to be an outcome of Vision 2030, and the use of ingenuity has shown to be a successful model for the application of technology in the service of pilgrims.

From July 11, the UAE will restrict flights to Indonesia and Afghanistan