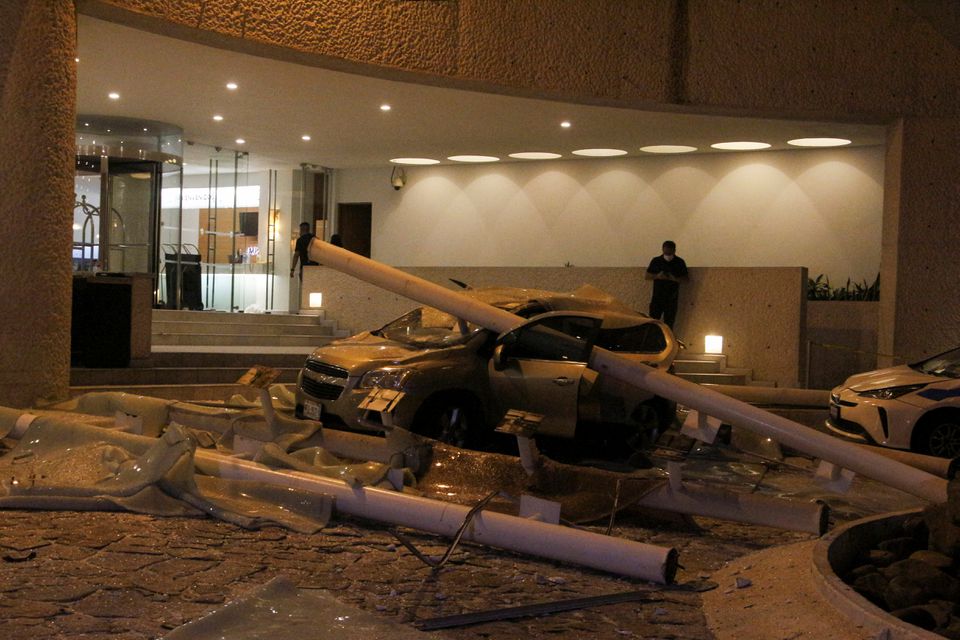 Mexico: A 7.1-magnitude earthquake slammed Mexico on Tuesday in the Pacific vacation city of Acapulco, killing at least one person and shaking buildings hundreds of kilometers distant in the capital.

According to the National Seismological Service, the epicenter was 11 kilometers (seven miles) southeast of Acapulco in Guerrero state.

According to Guerrero state governor Hector Astudillo, a man was killed when a power pole fell on him in the nearby city of Coyuca de Benitez.

In a video address, President Andres Manuel Lopez Obrador stated that there had been no reports of serious destruction. “Acapulco, Guerrero, was designated as the epicentre. Fortunately, there is no big damage in that state,” he stated.

According to an AFP correspondent, utility poles and other debris fell on several automobiles in Acapulco, while the facade of a church crumbled.

Tourists were evacuated from hotels as scores of aftershocks shook nerves, including at least eight of magnitude 4 or higher. “I was taking a bath when I felt a very violent movement, and then I was startled and screamed,” said a tourist from Mexico City who escaped outside wearing only a bath towel. “I came with my mother, and we’re on the 11th level of the hotel,” he stated as he hugged his 86-year-old mother, who was crying.

Adela Roman, the mayor of Acapulco, stated that the tremor caused “nervous breakdowns” in the city. “People are concerned because there have been aftershocks. She stated that “many gas leaks” had been discovered in residential areas.

Acapulco authorities opened sports centres for people to sleep in if they were afraid to go home. According to the Guerrero civil defence office, a church in the city of Chilpancingo provided shelter to families who had been evacuated from homes that had structural damage. – ‘I’m terrified’ –

The earthquake was felt intensely in portions of Mexico City, causing inhabitants and visitors to rush out of their houses and hotels into the streets. “I’m terrified. I’m not sure if I’ll be able to sleep tonight. I am concerned about my daughter. “I woke her up to take her outside and I didn’t even put my shoes on,” said Laura Villa, 49.

Mexico City Mayor Claudia Sheinbaum remarked on Twitter that there were no immediate indications of major damage in the capital.

Nearly 2,000 people reportedly died as a result of a Cholera Pandemic in Nigeria