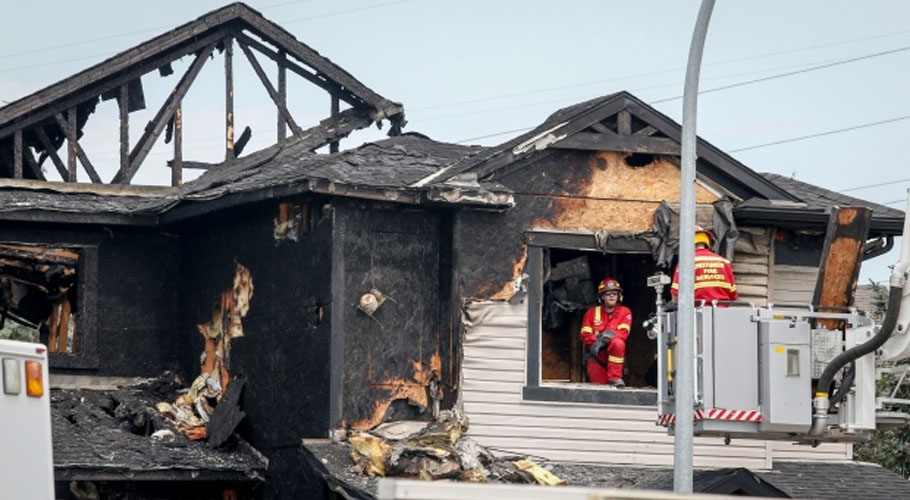 CALGARY: 7 Pakistanis, including four children, died when their house fire in a Canadian city, according to police, prompting questions from the community over whether the fire was caused by Islamophobia.

According to the police, the blaze engulfed the property in Chestermere, which is located just east of Calgary, at about 2:30 a.m., following Canada Day celebrations in the surrounding area.

Read Also
Hasaki, Japan, is shaken by an Earthquake

According to the authorities, the fire claimed the lives of three adults and four children ranging in age from four to twelve.

In addition to the two 12-year-olds who died in the blaze, a girl aged eight and a child aged four were killed in the fire, according to Cpl. Tammy Keibel. A man and a woman both believed to be 38 years old died, as did another woman believed to be roughly 35 years old.

According to the officer, an adult man and four children were able to flee the blaze before it reached them.

According to reports in the local media, the property belonged to Amjad Kamal, the man who managed to escape the blaze.

As reported by the newspaper, “Amjad and his family were hosting his brother Asad Kamal and his family, who had come over for a BBQ and then remained the night,” after which they “went home to rest.”

The cause of the blaze was now being investigated.

Related Topics:CanadaFeaturedHouse Fire
Up Next

Hundreds of US business are targeted in a cyberattack