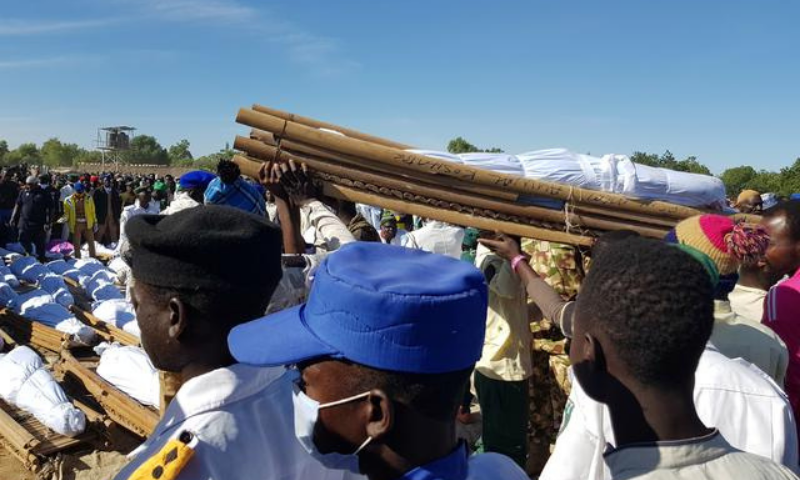 Men carry the bodies of people killed by a militant attack, during a mass burial in Zabarmari, in the Jere local government area of Borno State, in northeast Nigeria. — Reuters/File

Attackers murdered 88 people in Nigeria’s Kebbi state on Thursday, prompting the governor to announce a larger deployment of security troops on Sunday as instability sweeps unchecked through the country’s northwest.

Perpetrators went through eight towns, murdering individuals and driving inhabitants out, according to authorities, who put the death toll at 88. On Saturday, details began to surface.

According to a spokeswoman for Kebbi Governor Abubakar Bagudu, the assailants came from neighboring Niger and Zamfara states, stealing animals and burning farmland.

In recent years, gunmen have increased attacks on the region’s towns, prompting many to escape across Nigeria’s northern border to Niger. The attackers have gained international notoriety as a result of major school kidnappings, with over 800 pupils seized since December.

The pervasive violence has resulted in a humanitarian catastrophe, according to the international relief organization Medecins Sans Frontières on Thursday.

On Sunday, the governor pledged financial assistance and “asked residents in the vicinity to be tolerant, accommodating, pleasant, and peaceful,” according to a statement from his spokeswoman.

Johnson & Johnson will pay $2.1 billion in the Baby Powder Case