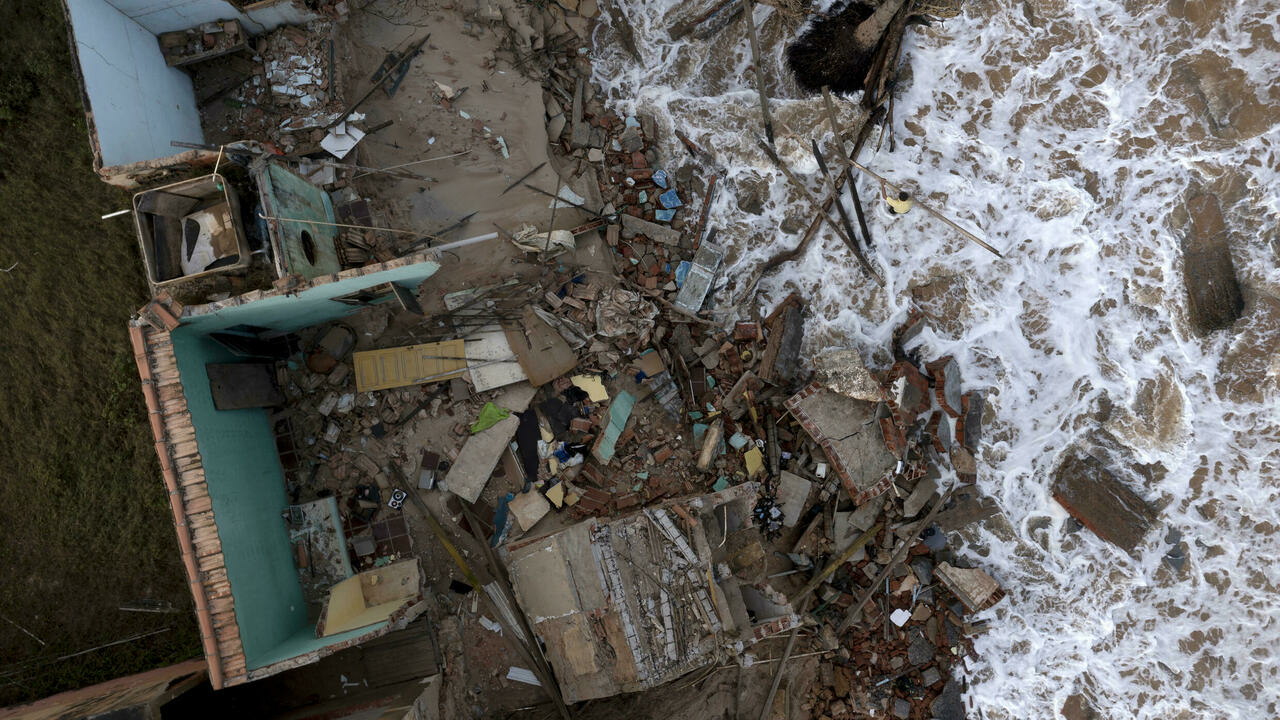 A beach town in Brazil is vanishing into the ocean — File/Photo Newsline.pk

ATAFONA, Brazil — The city of Atafona in Brazil is a popular tourist destination. Atafona, a Brazilian tourist town, is home to vultures that wander the beach among the rubble of the most recent buildings demolished by the sea, which has changed the area’s shoreline into an apocalyptic landscape due to the water’s unrelenting rising.

The Atlantic Ocean advances an average of six metres (almost 20 feet) every year in this little hamlet north of Rio de Janeiro, which has historically been prone to significant erosion, which is now worsened by climate change, according to the local government. 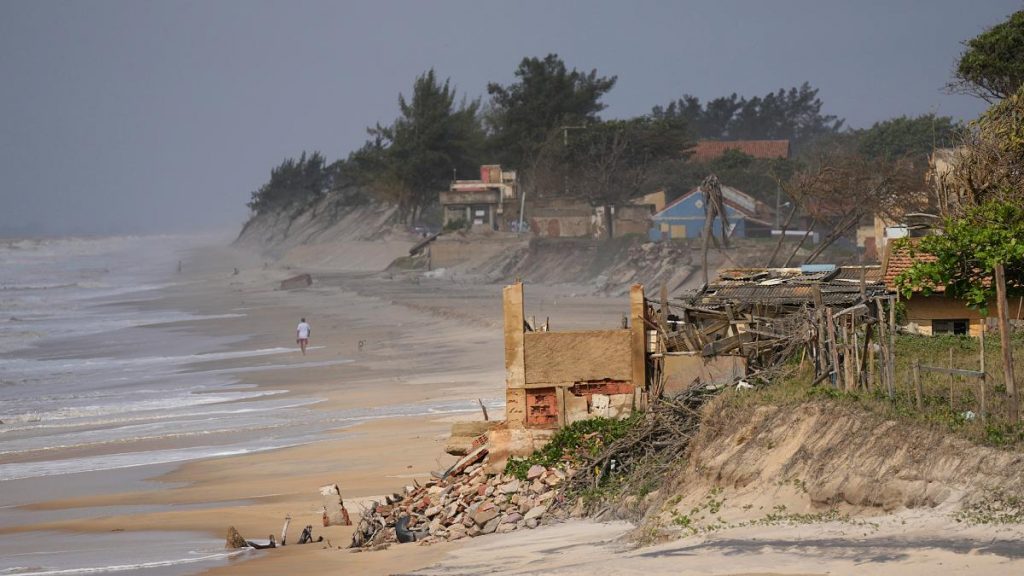 A beach town in Brazil is vanishing into the ocean.

More than 500 houses have already been inundated by the sea, transforming the once picturesque shoreline into an underwater graveyard of shattered buildings and ruins.

Joao Waked Peixoto is one of the people who will lose his house in the near future.

The vestiges of his neighbours’ once-thriving home are visible as he walks through the tangled wreckage, taking in what is left: a portion of a blue-painted room scattered with shredded magazines, a bicycle, and other mementos of their former existence. “Can you tell me when we have to leave? “That’s something we don’t know,” he says. “Within 15 days, the sea had advanced three or four metres. “It’s possible that our wall will only endure until next week.”

Designed as a coastal hideaway with spacious rooms and a garden, the house was built by Waked Peixoto’s grandparents as a holiday home.

A full-time resident during the coronavirus epidemic, Waked Peixoto and his family became part of the community. However, it appears that the home will be gobbled up by the water in the near future.

Americans are divided on whether to wear a mask or maskless