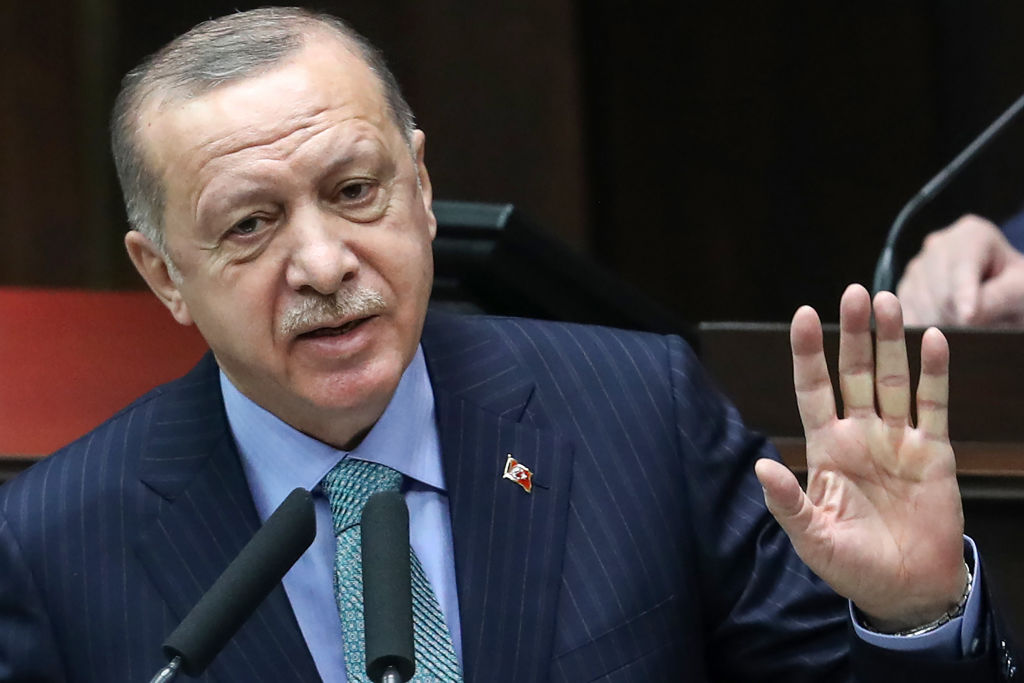 ANKARA: The Turkish president stated on Sunday that Pakistan has a critical role to play in bringing peace and stability to Afghanistan, where hostilities have lately erupted.

Recep Tayyip Erdogan congratulated Pakistan on its 75th anniversary of independence during a ship-launching event in Istanbul as part of the Pakistan MILGEM Corvette Project.

“As Turkey, we are facing a tsunami of Afghan migrants through Iran,” he said, adding that his country would continue to make every effort to help bring stability to Afghanistan and the region.

“To do so, we must strengthen our ties with Pakistan.”

“With a population of 2 billion people, Pakistan plays a key role in efforts to establish peace and increase prosperity in South Asia,” he added.

Erdogan claimed that Turkey’s foreign dependency in the defense industry had been reduced from 80 percent to less than 20 percent.

“Turkey is a country that shares every facility it gets with its friends and brothers as it grows and becomes stronger,” he remarked.

“When the projects, all of which will be completed in four to five years,” Erdogan stated, “Turkey will rise to the top league of the world in the sphere of military industry.”

The Turkish president also expressed his condolences for the loss of life in a firefighting plane crash in the country’s southern region of Kahramanmaras. On Saturday, the plane crashed, killing all eight passengers on board. ​​​​​​​

Xiaomi has refused to accept crypto in Portugal

As the Taliban takeover Kabul, Ashraf Ghani left the country