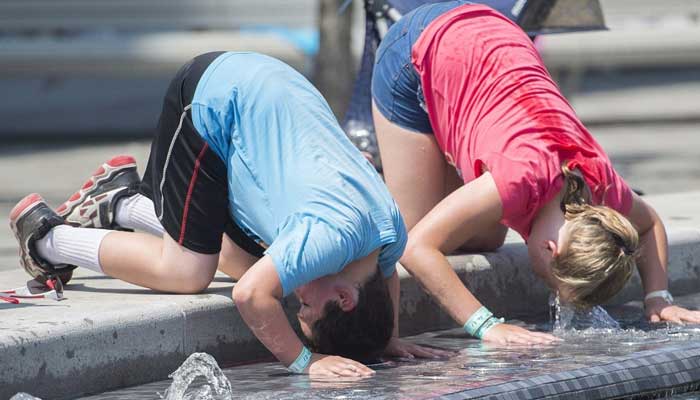 A “heat dome” has developed over western Canada and the United States, and as a result, heatwave warnings have been issued, as both countries prepare for the hottest days of the year.

The highest temperature ever recorded in Canada was 46.6 C (116 F) at Hotspot Lytton in British Columbia, according to Environment Canada.

An all-time record was established in Whistler on the weekend, with more than 40 new temperature highs. It’s also possible that the rising high-pressure ridge may continue breaking temperature records over the week.

The federal agency Environment Canada issued warnings for the entire province of British Columbia, as well as portions of Alberta, Saskatchewan, and the Northwest Territories.

Although the extended, severe, and unprecedented heatwave will linger through this week, the heat will likely be several degrees hotter than average, with temperatures as much as 15 degrees Celsius (or 37.7 degrees Fahrenheit) higher than usual.

Similar to the “dangerous heat wave” warnings issued by the National Weather Service (NWS), there is a likelihood of temperatures in Washington and Oregon reaching record highs in excess of 30 degrees Fahrenheit above average during the month of June.

As long as the heatwave is still going on, as it appears it will be for the foreseeable future, numerous daily, monthly, and even all-time records are likely to be set.

The hottest temperature ever recorded in Canada was reported in two locations in southeastern Saskatchewan in July 1937, when the temperature reached 45 degrees Celsius.

Environment Canada senior climatologist David Phillips told CTV that he likes to break a record, but this task is equivalent to breaking and pulverizing the record.

“There are regions in western Canada where it is warmer than in Dubai.”

WILDFIRE RISKS ARE INCREASED, AND WATER LEVELS IN LAKES AND RIVERS ARE LOWER.

The city’s cooling centers and outreach workers flocked to the streets to distribute water and hats, while portable air conditioners allegedly sold out in stores.

The Covid-19 immunization clinics were all cancelled, as well as public and private schools around the country, which said that they would be closed Monday.

Electricity usage has skyrocketed, as homeowners attempted to keep cool during a sweltering British Columbia summer.

Pandemic outbreaks spread across the Australia