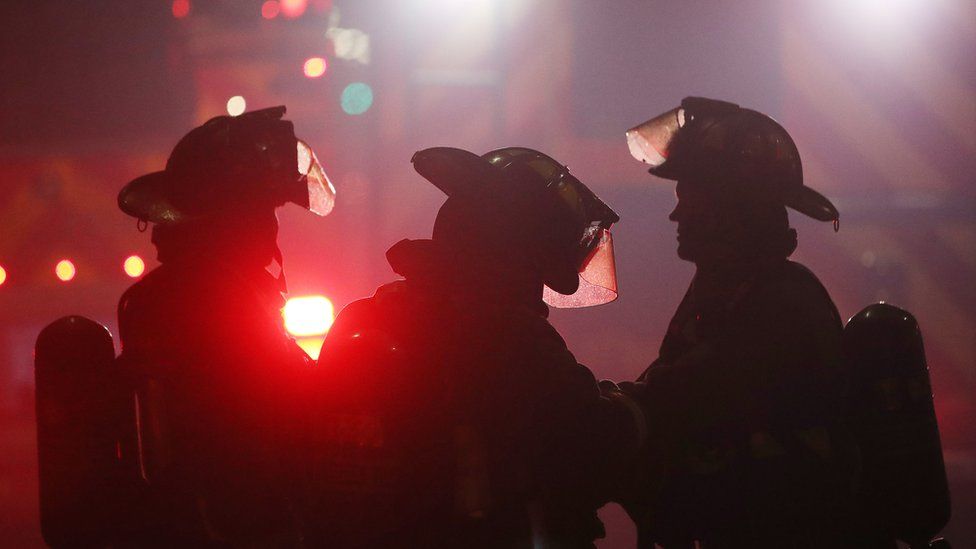 The fires at St Ann’s Church and Chopaka Church in British Columbia started within an hour of each other.

Officers stated that both buildings were completely destroyed and that the fires were “suspicious.”

On the same day that Canada observed National Indigenous Peoples Day, two other Catholic churches in the province were destroyed by fires.

Read Also
US Health Dept to give COVID-19 booster shots

“The investigations into the prior fires and these two additional fires are underway,” said Sgt Jason Bayda of the Royal Canadian Mounted Police.

It follows the discovery of hundreds of unmarked graves at former residential school sites in Canada.

In the nineteenth and twentieth centuries, religious groups ran government-funded compulsory schools with the goal of assimilating indigenous youth.

Indigenous groups have called for a nationwide search for additional graves.

Lower Similkameen Indian Band Chief Keith Crow told the Canadian Broadcasting Corporation (CBC) that he received a call early in the morning reporting that the Chopaka Church was on fire. By the time he arrived half an hour later, it had burned to the ground.

“I’m enraged,” the chief told the CBC. “I don’t see anything positive coming out of this, and it’s going to be difficult.”

Many people in the community are Catholic Church members who are outraged by the fire, he said.

The Tk’emlups te Secwepemc First Nation announced in May the discovery of the remains of 215 children at a British Columbia school.

They discovered them at the Kamloops Indian Residential School, which was founded in 1890 by Roman Catholics and closed in 1978.

The poor health conditions within Canada’s obligatory boarding schools were a major cause of mortality. Poorly built, insufficiently heated, and filthy buildings were routinely assigned to students.

More than 150,000 indigenous children were kidnapped from their families and placed in various schools across Canada between 1863 and 1998.

A commission established in 2008 to investigate the consequences of this system discovered that many indigenous children had never returned to their home communities. According to the commission’s groundbreaking report, the practice amounted to cultural genocide.

Listen the sound made by the Zhurong Rover on Mars