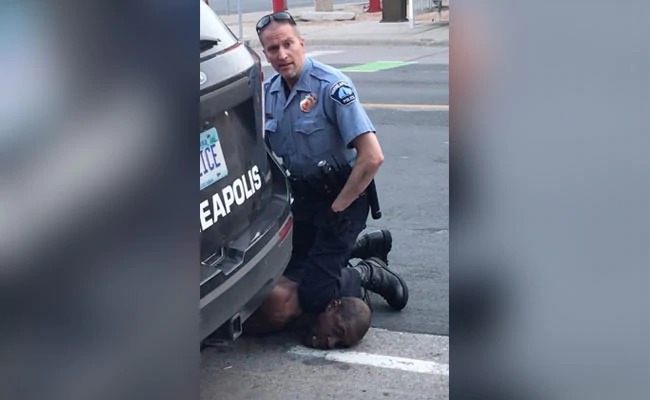 In April, Minneapolis native George Floyd’s murder, originally blamed on Derek Chauvin, was proven to be the result of a police homicide. This had far-reaching consequences once it was discovered that Chauvin had been sitting on Floyd’s neck for almost nine minutes in the footage that was released in May of 2020.

Derek Chauvin was sentenced to 22.5 years in jail in Minnesota on Friday, nearly a year after footage showing him kneeling on Floyd’s neck as he stated that he could not breathe was posted online.

Judge Peter Cahill informed the court that Chauvin’s sentencing would equal to about 22.5 years in prison. Because Chauvin has already served 199 days in jail, he will be getting credit for that time.

Cahill spoke at the hearing, saying Chauvin is forbidden from owning weapons, ammunition, or explosives for the rest of his life due to his having abused a position of trust and power and displayed particularly callous behavior to George Floyd.

To comply with state regulations, Chauvin must register as a predatory offender.

To provide a more detailed analysis of the sentencing decision, the judge chose to provide a 22-page memorandum rather than deliver remarks in open court. This lengthy memorandum details evidence that showed Chauvin responded dismissively to Floyd’s pleas while lying facedown on the ground, and it neglects to mention his fellow officers’ calls to roll Floyd into a “recohood” position.

“Today’s punishment is not justice, but it is another moment of genuine accountability on the road to justice,” Attorney General Keith Ellison said following the sentencing.”

Testimonies were provided by Floyd’s daughter Gianna, his nephew Brandon Williams, and his brothers Philonise and Terrence Floyd during the initial stages of the trial.

Cahill had previously decided that the circumstances would essentially allow the presiding judge to treble the state’s 15-year sentence guideline since four aggravating elements were present.

Because he was charged with second-degree murder, Chauvin faced a possible sentence of 40 years. However, most experts agreed that because he was a former cop with no previous felony charges, it was highly improbable he would be given a 40-year sentence.

The new motion was denied because the upcoming federal civil rights case looms.

After Cahill denied a motion for a new trial earlier in the day, ruling to dismiss claims of misconduct by the prosecution, lawyers for Chauvin’s legal team attempted to appeal to the ruling. Hours later, they failed to demonstrate how the court denied Chauvin a fair trial, how the court engaged in prosecutorial misconduct, and other charges contained in a previously filed motion.

Chauvin’s first attempt to obtain a new trial occurred more than a month after he was convicted in April in Hennepin County. Solitary imprisonment for two months has been Chauvin’s punishment, who had pled not guilty to all counts.

In addition to doing federal time, Chauvin would also spend time on the state’s sentences of imprisonment.

The three other policemen involved in the Floyd case, Tou Thao, J. Alexander Kueng, and Thomas Lane, will have trials in March 2022. As a way of distancing himself from the attention that the trial had received, Cahill decided to postpone the officers’ trial until the following year.

US has ‘no explanation’ for UFO incidents, according to Pentagon