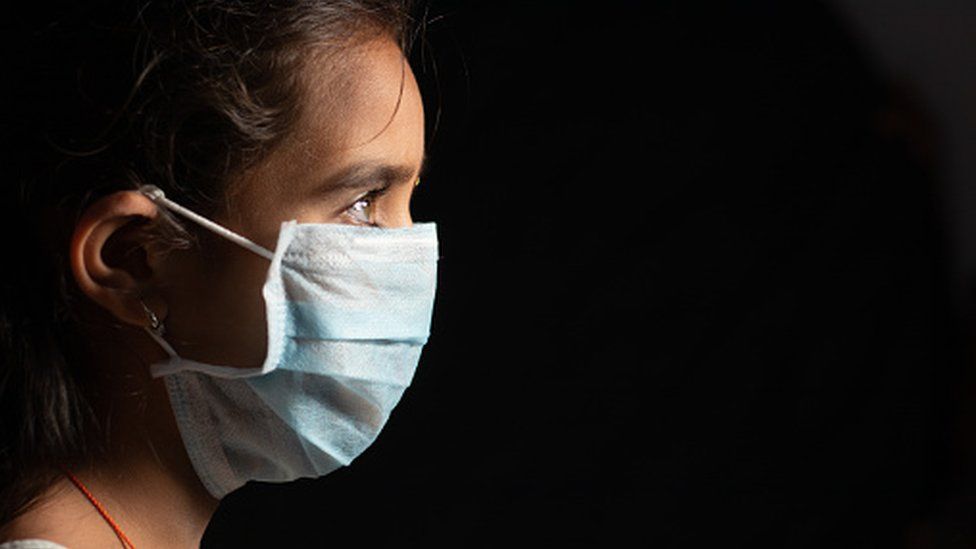 Cornavirus: This month, four youngsters were taken to a hospital in the central Indian state of Maharashtra, each with symptoms of shortness of breath and low blood pressure.

Their mothers had been infected with Covid-19 for more than a month. The children had shown no signs of the sickness. The young kids were confirmed to have antibodies to Covid-19 at the 1,000-bed Kasturba Hospital in Sevagram, indicating prior infection.

They were now battling an uncommon, inflammatory, and potentially fatal ailment known as multi-system inflammatory syndrome (MIS-C). This syndrome typically manifests itself four to six weeks after adolescents and teenagers have recovered from Covid-19.

Two of the sick youngsters have recovered at Kasturba Hospital, while the other two are being treated in intensive care. “I’d be concerned about this condition. We simply don’t know how serious this issue is. It’s concerning because we still don’t have data on the disease’s prevalence in India “Dr SP Kalantri, the hospital’s medical superintendent, stated.

As the coronavirus’s lethal second wave fades, paediatricians throughout India are reporting an increase in instances of this rare but devastating illness. It is unclear how many children have been harmed thus far because doctors are still reporting instances. So far, the United States has reported almost 4,000 such instances and 36 deaths from the sickness.

Dr. Dhiren Gupta, an intensive care paediatrician at Delhi’s Gangaram Hospital, has treated more than 75 patients aged four to 15 since the second wave began in March. His facility has a new MIS-C unit with 18 beds. He believes there have been more than 500 such incidents in the capital and its surrounding areas.

Dr. Aarti Kinikar, a paediatrician working in a government medical college and hospital in the western city of Pune, has seen 30 such cases since April. Thirteen of the sick children, ages four to twelve, remain in the hospital. The majority of patients had myocarditis, a disorder characterized by inflammation of the heart muscle. “After the second wave, the numbers are too high,” Dr Kinikar remarked.

Dr. Dayanand Nakate, a colleague paediatrician in Solapur, a tiny town in Maharashtra, has seen up to 20 patients in the last month, most of them were between the ages of 10 and 15. The Maharashtra government declared MIS-C a “notifiable disease” last week, requiring it to be reported to authorities under the legislation.

Doctors believe the illness is caused by an overly aggressive immune reaction to the virus, which can cause inflammation of crucial organs.

At first, symptoms can be similar to those of other diseases: high and prolonged fever, rash, red eyes, swollen lymph nodes, stomach pain, low blood pressure, body aching, and fatigue.

Some of the symptoms are similar to those of Kawasaki illness, an uncommon ailment that primarily affects children under the age of five. According to Dr. Jhuma Sankar, an associate professor of paediatrics at Delhi’s All India Institute of Medical Sciences, “the syndrome is essentially a spectrum of illnesses ranging from mild Kawasaki-like disease to multi-organ failure” (AIIMS).

According to doctors, the increase in inflammation can result in grave results such as septic shock, respiratory failure, and damage to various organs such as the heart, kidney, and liver. A study in the United States discovered that children with this illness also had neurological symptoms.

According to Dr. Gupta, the vast majority of unwell children in his facility required critical care treatment. A third required ventilator assistance for up to a week. Steroids, antibiotics, immunoglobulin or IVIG injections – created from donor blood and contains millions of good antibodies – and oxygen support, according to experts, may aid in the rehabilitation of children.

Worryingly, 90 percent of the youngsters treated at Dr. Gupta’s facility for the disease had Covid-19 without showing any symptoms, he said. He said that the youngsters fell ill with the inflammatory disease two to six weeks after they had recovered.

“My sole concern is that these children do not crash and end up in a life-threatening situation. Parents must exercise caution and take children who have recovered from Covid and develop symptoms to a doctor “Dr. Gupta stated.

“What also concerns me is whether we have adequate resources and facilities to treat these young people if the number of instances increases.”

Paediatricians in Pune, for example, are creating instruction pamphlets for parents and offering online training to health workers and caregivers on how to manage sick children at home.

The inflammatory syndrome is still uncommon, and if treated promptly, mortality looks to be low: only one of the 23 individuals diagnosed with the condition and investigated as part of a research died. The Royal College of Paediatrics and Child Health in the United Kingdom, where the disorder is known as Paediatric Multisystem Inflammatory Syndrome, or PIMS, has stated that mortality figures are not yet available, but that deaths “would be extremely unusual.”

What exactly causes this illness is still unknown. Is it related to the development of antibodies following a Covid infection? Is this syndrome caused by the infection, or does it develop on its own? Why are such a small proportion of children affected?

Hundreds of US business are targeted in a cyberattack

UAE prohibits people from traveling to Pakistan, India, and other countries